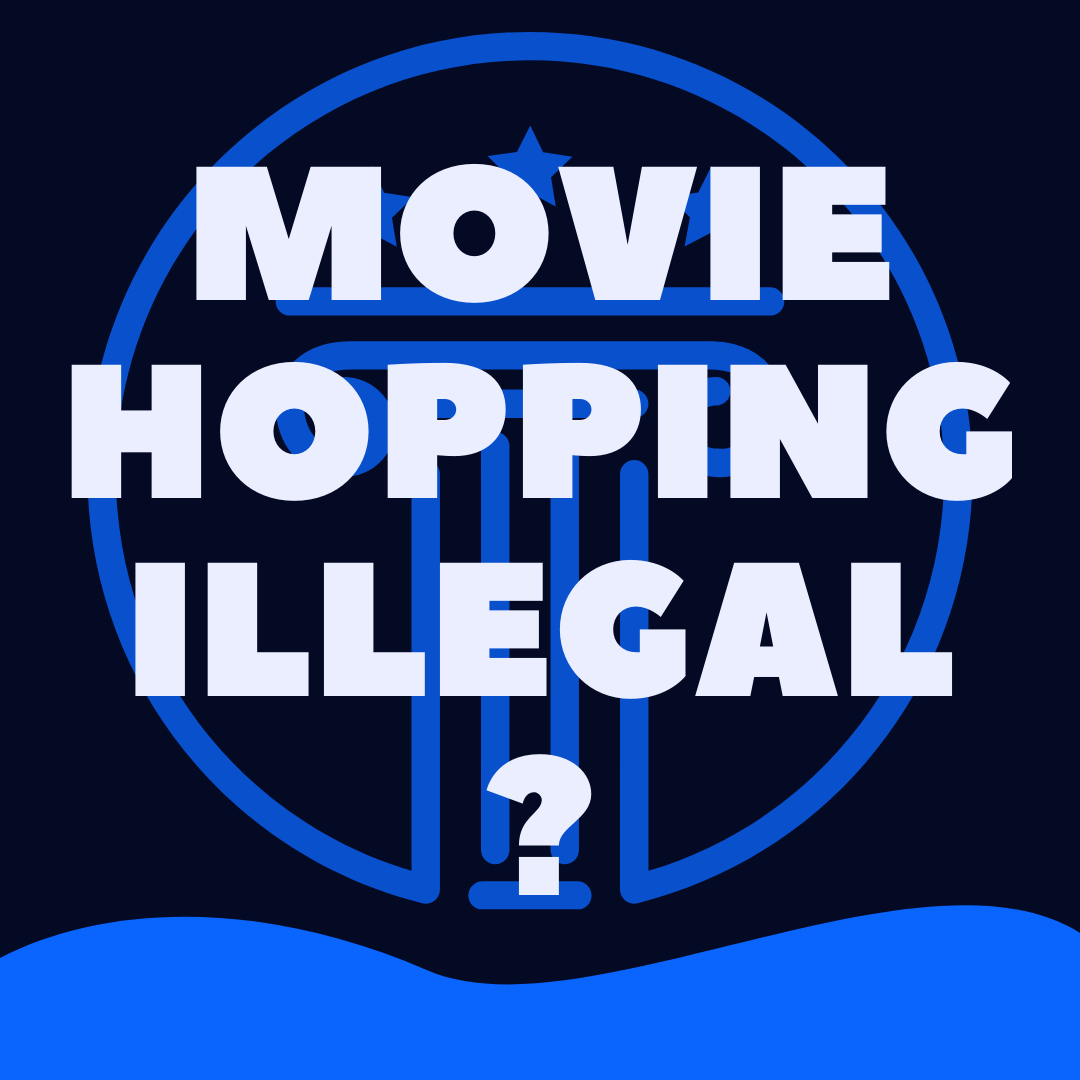 It can have serious and long term consequences.

But people are rarely prosecuted for it.

What Is Movie Hopping (aka Sneaking Into A Movie)?

Movie hopping is the practice of buying one ticket for one movie, and then going into other theaters to watch a part of all of other movies.

Some movie hoppers spend an entire day in a theater complex, jumping between shows.

Movie hopping is usually best done in large theaters, where lots of people crowd the hallways, and few if any move theater staff enter the various individual theater spaces.

How Is Movie Hopping Wrong?

If that person then goes and views some or all of another show, without paying for a ticket, he has received the benefit of something that he did not pay for.

The creators/distributors of the production who receive a portion of ticket sales for movies are not paid.

If the theater is very full, other actual paying customers may not have a place to sit, or to sit together.

The hopper has stolen.

Instead of taking an item (like a toy or clothing) from a store, he has taken the service.

By going into other theaters, he has also entered into or onto premises (meaning property) that he had no legal right to enter.

Stealing and trespassing are crimes.

What Are The Potential Consequences Of Moving Hopping?

The first and obvious consequences of getting caught movie hopping is getting forcibly removed from the theater.

They’ll make you leave, and then they’ll probably ban you from coming back in, even if you buy a ticket.

The theater might also ask the mall to ban you from the entire premises, not just the theater.

If you enter onto premises you’ve been banned from, you risk being arrested for the criminal charge of trespassing.

The company could also file suit against you for civil trespassing.

In general, theft involving small amounts of money and simple trespassing when property damage is not involve are misdemeanor crimes (rather than felony crimes).

While the penalties for misdemeanors vary from state to state, misdemeanors usually have a cap on fines (like around a max find of $10,000), and max penalty on jail (anywhere from 6 months to a year).

In most cases, for a first time offender, even though the max penalties seem like a lot, those maximums are rarely (if ever) imposed.

If you are a minor, the theater may initiate calls to parents or guardians to report the conduct.

Depending on the circumstances, the theater may also initiate contact with child welfare if it seems like parents are not taking responsibility for their children.

As an adult, a criminal conviction for theft could be a huge black mark, as many businesses will not hire you if you have a crime involving dishonesty on your record.

Crimes of dishonesty may also make it difficult to obtain professional certifications, work in schools, work in financial institutions, be admitted to graduate schools, or travel to certain countries.

Will You Be Arrested For Sneaking Into A Movie?

We’ve never heard of a single instance of someone being arrested for movie hopping.

In most cases, people who are discovered hopping are asked to leave immediately, and assuming the people leave, that’s the end of it.

Odds are, if you decide to stop in a catch a few minutes of the latest James Bond flick on your way out the door, no one is going to say anything.

But understand as you do why it is wrong to do so, and make your decisions accordingly.