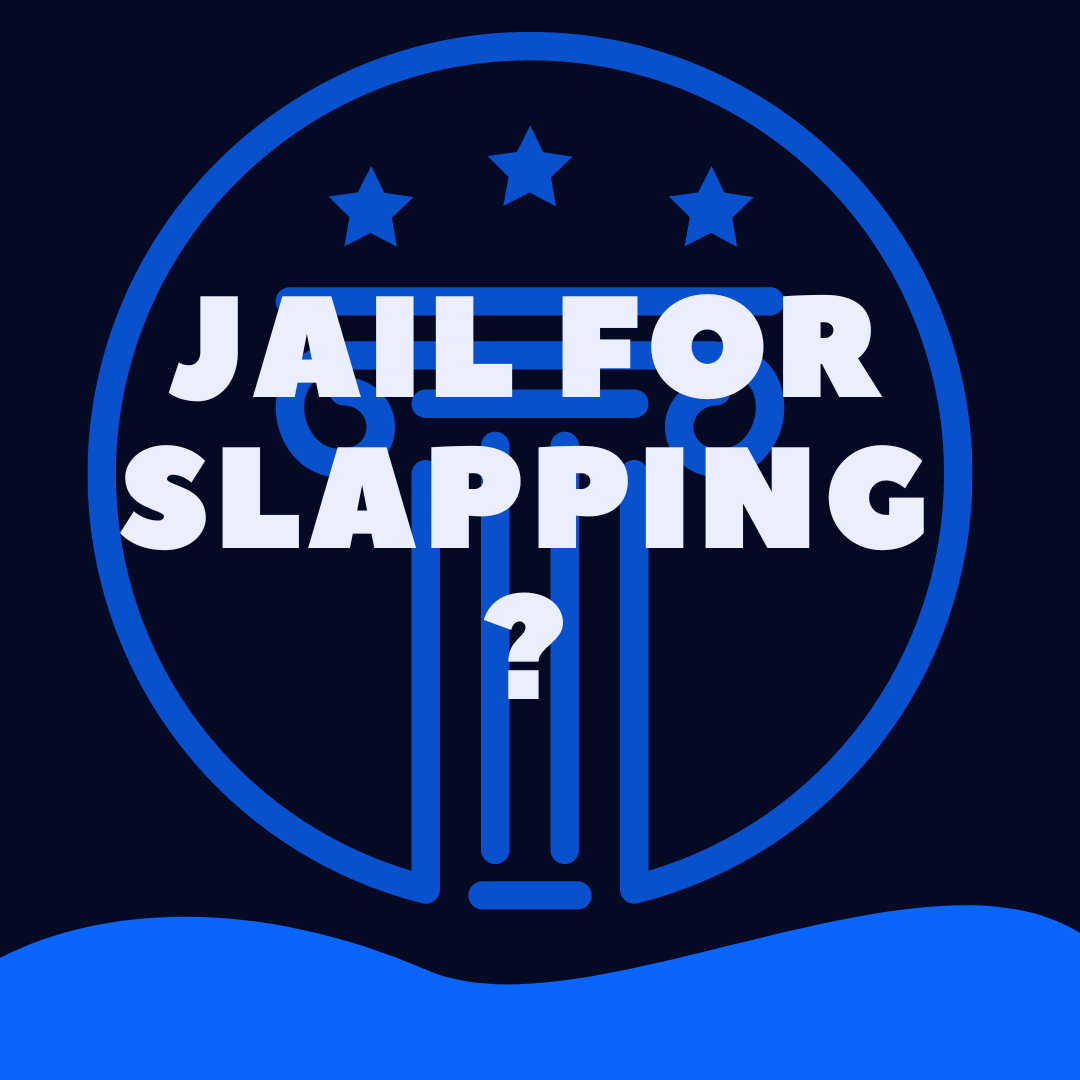 Answer: Maybe. It depends on the strength of the slap, the person who was slapped, and any pain or injury suffered.

In the article that follows, you’ll learn more about what qualifies as an assault and how an individual could still go to jail even if the slap didn’t leave a mark.

Is Slapping Someone Assault? (Explained)

In summary, slapping someone is a criminal act that could result in jail time, even if the slap wasn’t that forceful.

What Makes a Slap An Assault?

Rather than criminal each specific type of conduct (punch vs kick vs slap), the seriousness of the crime is established by the result of the touching.

For example, if the slap did not cause any pain, suffering, or injury, it is less likely to be charged as an assault.

But if a slap caused pain, left a mark, caused swelling or other disfiguration, the slap is more likely to be considered an assault.

As noted above, if the slapping did not cause pain or injury, but was committed against a child in certain circumstances, an elderly person, a romantic partner, or other vulnerable person, the slapping is more likely to be considered an assault.

If the slapping was done in front of a child, it could also be considered an assault even if the slap wasn’t forceful.

What Sort Of Jail Time Could Result From Slapping Someone?

If a person was found guilty of simple misdemeanor harassment or assault, there may be no jail time at all.

But if the offender has a history of committing the same crime, has performed poorly on probation in the past, and caused serious physical harm, probation is less likely and jail is more likely.

What If It Wasn’t Much of a Slap?

The amount of force involved in the case is definitely relevant.

If the amount of force used was a very small amount, the prosecutor may not be willing or interested in pursuing charges against the offender.

However, “it wasn’t that hard” is not a defense against charges for an offensive touching (physical harassment) and it will not excuse the defendant’s behavior if he does get charged.

Instead, it’ll probably be more relevant in the sentencing phase.

On the Civil Side

People often forget that a harmful or offensive touching can result in claims on the civil side of things, away from the criminal side.

Slapping someone could be considered a civil assault or a civil battery, regardless of how much force was applied or how much pain or injury resulted.

Even if a prosecutor decides against filing a criminal case against someone, the victim of the slapping could pursue claims against the offender in civil court.

If you have been charged with crimes from slapping someone, or you are worried that you will be, conferring with an attorney early on is recommended.