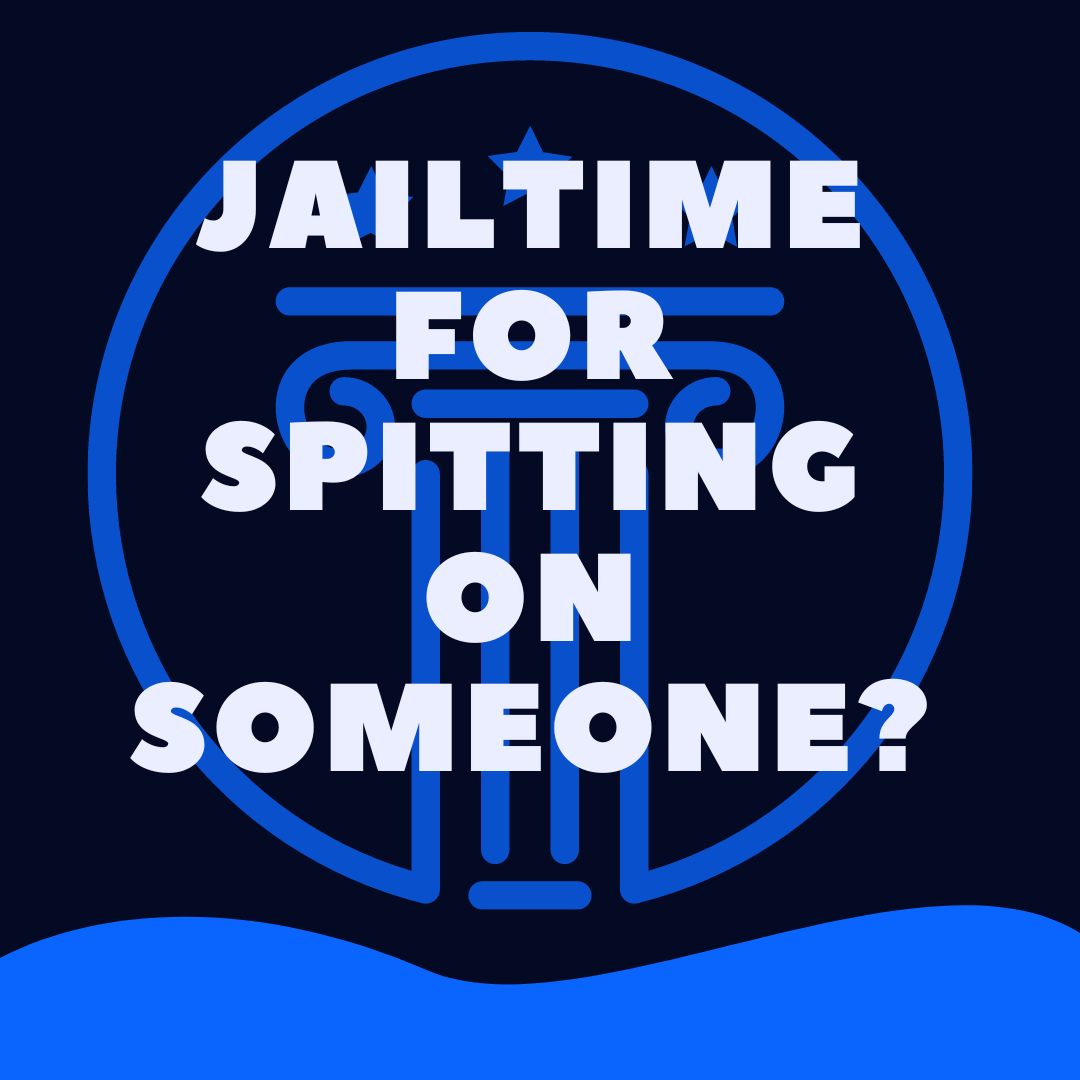 Answer: Yes, spitting on someone is a crime if the spitting meets the intent requirement of the statute.

Is Spitting On Someone a Crime? (Discussion)

Crime of Spitting On Someone

Spitting on someone is considered a “harmful or offensive touching,” which is a crime.

Defendants who are stuck in jail waiting for their court hearing or trial find out that intentional spitting is a crime the hard way.

It is common for defendants wearing handcuffs to spit on deputies who are accompanying them from cell to court and back. Those deputies go straight to their supervisor or even straight to the prosecutor with the report of the offensive touching, which often results in additional charges against the defendant.

These charges can rack up quickly, especially if the defendant ‘assaults’ multiple deputies all at once.

Additional criminal charges can give the prosecution leverage during negotiations and an avenue to obtaining additional convictions which could ramp up the amount of jail time the defendant ultimately serves.

But let’s say the spitting was not careless, reckless, or intentional.

If there was no intent to spit on someone else, then the spitting is not a violation of the criminal statutes.

Can You Go To Jail For Spitting On Someone?

Yes, you can go to jail for spitting on someone.

In most states, spitting on someone would at least rise to the level of a misdemeanor physical harassment or simple assault, and jail time is an available punishment for these crimes.

Illegal Spitting (Not on a Person)

In some states in the United States, simply spitting on a premises open to the public (road, sidewalk, park, parking lot, library, telephone booth, etc) is illegal.

Riverbank, California has such a statute, which states:

It is unlawful for any person to spit or expectorate any secretion, saliva, or other substance in any place open to the public, upon any street, alleyway, walkway, gully, telephone booth, park or other public way, or in any parking lot to which the public has access, in or upon any premises, public property or vacant lot, or in any water or waterway, upon levees or tanks adjacent thereto.

However, in most cases, this offense is a civil infraction (aka violation of a civil city law or code), punishable usually by a citation/ticket and a fine.

In civil infractions, the intent of a person is not relevant.

Thus if a person accidentally spits on public property when he meant to spit in a cup, he has still violated the code and could get a ticket.

Did You Spit On Someone?

Given the amount of violent crime happening across the United States, it is rare for the police or a prosecutor to pursue assault charges for a single spitting incident, unless the offender is already in custody.

That being said, criminal prosecution for spitting on someone is possible.

If you have been charged with assault for spitting on someone, or you think you will be, it is best to confer with an experienced criminal defense attorney in the jurisdiction where the incident took place.