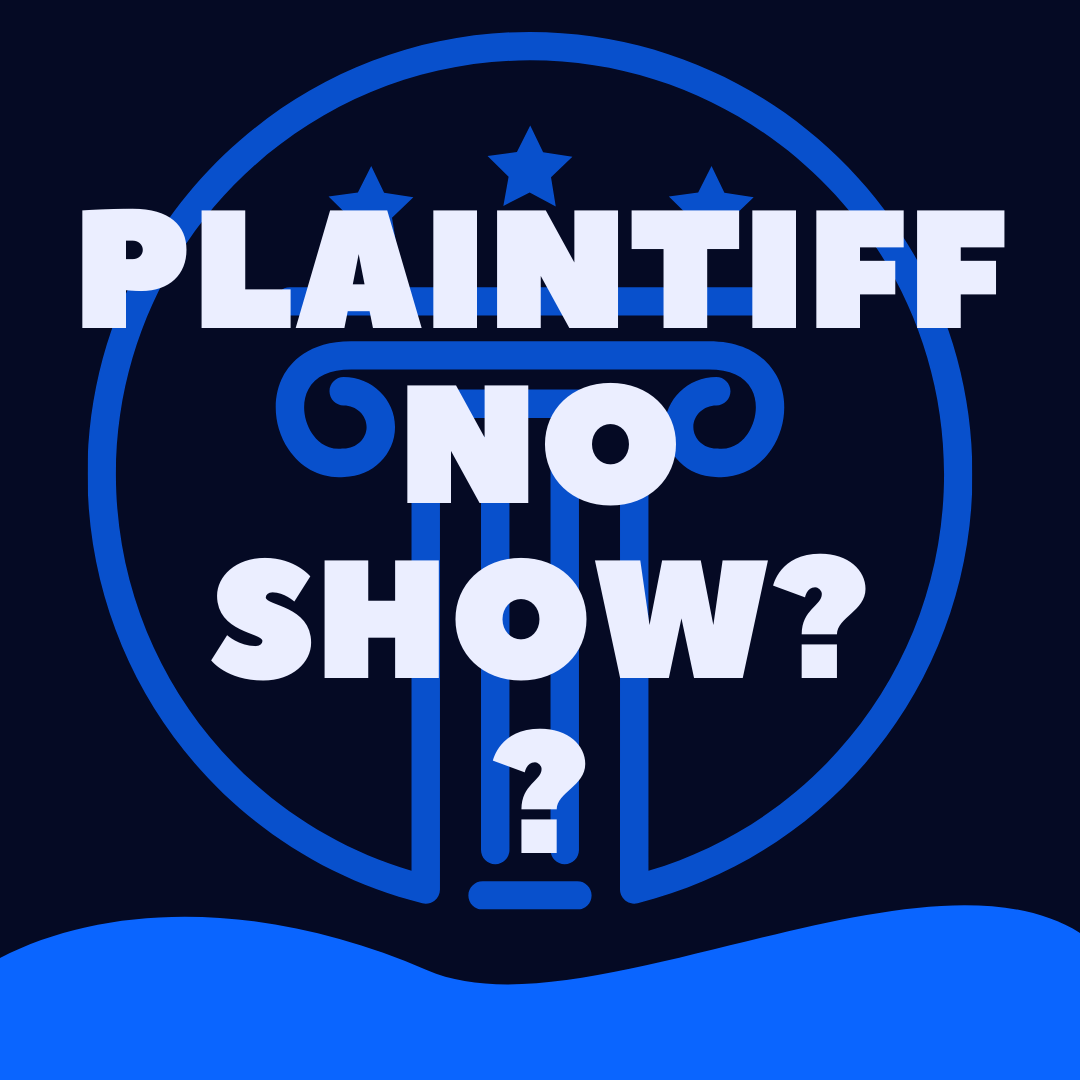 There are several things that could occur if the plaintiff in a case does not appear, such as a case dismissal, a judgment for the defendant, a postponement, sanctions, and more.

What Happens If Plaintiff Does Not Show Up For Court? (EXPLAINED)

The Position Of The Plaintiff

The plaintiff is the party to the case that initiated the case (meaning started it).

There can be a plaintiff in civil or criminal cases.

In criminal cases, the plaintiff is going to be some government entity, such as the state, city, country, county, etc.

In civil cases, it will be a person or entity of some kind, including the government.

Not A Dismissal in Every Case

While case dismissals happen frequently when plaintiff no-shows, that is not always the case.

It really depends what the hearing is about.

For example, if the plaintiff failed to show for a motions hearing in a civil case, the court might not dismiss the case.

In fact, most likely the judge wouldn’t dismiss the case.

Instead, he’d hear from parties present, then rule based upon what was presented to him in writing and in argument.

He wouldn’t automatically rule in favor of the defendant or dismiss the case.

However, if the plaintiff failed to show up for a dispositive hearing, like at trial, this is when we are more likely to see a case dismissal or ruling for the defendant.

If trial was scheduled and the court can confirm that plaintiff was notified, then he might dismiss the plaintiff’s case outright.

Or he might look at the pleadings, then give the defendant an opportunity to present his case, then make a decision.

Or he might grant the relief that the defendant had sought in his pleadings.

If the court couldn’t confirm that the plaintiff had actually been notified, the court might just simply remove the hearing from the docket to be rescheduled instead of dismissing the case outright.

In every event, the attorneys for the clients and parties who did appear will be asking for a dismissal, but it is up to the judge to decide whether a dismissal makes the most sense, especially in the situation where the plaintiff can simply just re-file the case and start over (thereby wasting even more time).

In a small claims case, the court would likely dismiss the plaintiff’s claims, then grant the defendant the relief he sought if he counterclaimed.

In a traffic infraction case, the court would likely dismiss the ticket and send the defendant on his way.

In a family court case, if the appearance is for argument on a motion, the court is unlikely to dismiss the case.

If the appearance is for trial, the court is likely to ask the defendant to put on his evidence, to support the court’s ruling.

In a general civil case, if the appearance is for trial, the court is likely to just grant the defendant the relief he seeks.

Again, it really depends on the type of case, type of hearing, and the facts.

Judgment For The Defendant

The best possible result for the defendant was the plaintiff no-shows is being granted whatever it was that he was asking for.

Maybe he just wanted a dismissal.

Or maybe he had claims against the plaintiff.

If the case is in a dispositive posture (meaning trial or a motions hearing), then the defendant would ask for his relief, and the court may or may not grant it.

There may be times when the judge feels like a dismissal with prejudice is appropriate.

Judges are not stupid, and they remember cases and parties.

They often know when a case has been filed and dismissed previously.

They know when attorneys or parties are wasting time or jerking others around.

A dismissal with prejudice prevents the plaintiff from re-filing his claims against the defendant(s).

If a case has been dismissed before, or the case seems frivolous or lacking in some kind of extreme way, the court may choose to close the door on the plaintiff with a dismissal with prejudice.

Most likely if the court chooses to dismiss the case, the dismissal will be without prejudice.

The plaintiff will have to re-file the case, pay all the fees and costs again, re-serve the defendant, etc.

However, this can only happen if the statute of limitations has not expired.

In our experience, holding a party in contempt is really rare.

The court has the ability to fine people from the bench, or even send them to jail.

This is a punishment, usually for willfully disobeying the orders of the court.

If the plaintiff failed to show up for a particular hearing, a judge would have to be pretty riled up to order the party to be held in contempt and sanctioned.

Punishments like these are usually reserved for people who exhibit the worst kind of behavior, and who have probably been warned about consequences if the behavior continued.

When a plaintiff fails to appear, the defendant may both feel relieved and angry.

He may feel relieved that the parties don’t have to battle.

But he might also be angry that he had to incur some much expense in the form of his attorney’s preparation for the case.

In some cases, depending upon the case, laws, and previous agreements between the parties (like contracts), the defendant may be able to seek payment from the plaintiff of his attorney’s fees.

Does Plaintiff’s No-Show Mean The Case Is Over?

In many instances, the case (and the fight) will continue as the plaintiff re-files.

Or the fight may continue as the plaintiff tries to find other ways to obtain the relief that he was seeking in his court paperwork.

The plaintiff may even file a motion to set aside the court’s orders (such as the order of dismissal, default, sanctions, attorney fees) based upon good cause.

Good cause could include illness, extraordinary weather, unexpected family emergencies, and more.