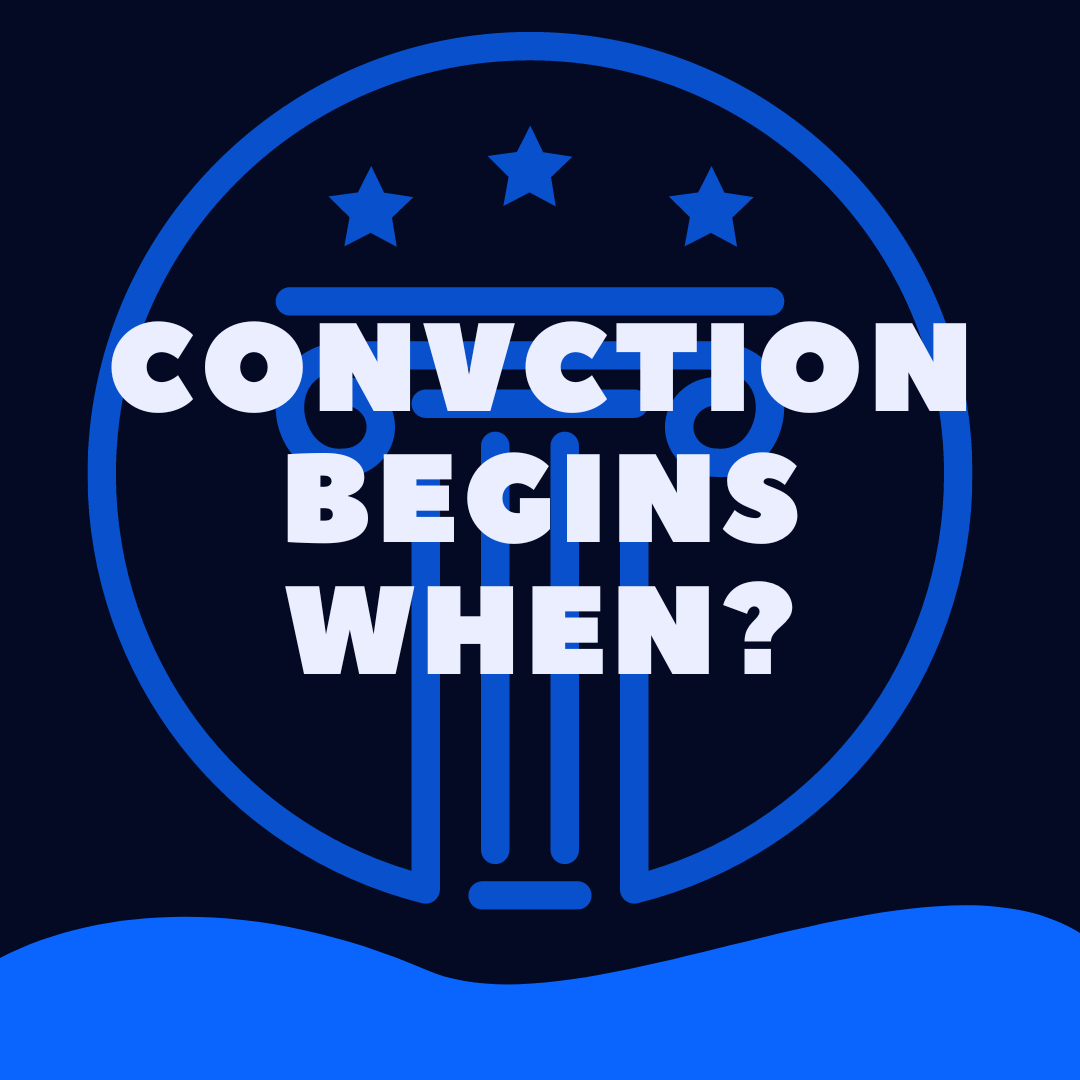 That being said, this is not always easy to understand, or figure out.

In this article, we’ll explain some of the important terms to understand, so you can investigate for yourself.

When Does a Conviction Start? (Explained)

A “conviction” is the ultimate disposition of the case, the opposite of an acquittal (finding of not-guilty).

Practically, to be “convicted” the plea or determination of guilty has to be accepted or found by the court.

But simply offering a plea of guilty at a hearing does not mean that the “conviction” has occurred.

Generally, the resolution of the case has two stages: the plea part and the sentencing part.

Sentencing is the part of the case where the judge tells you what your punishment is, and makes it official.

Once the plea has been made or found (after evidence), and the sentence has been recited by the judge to the defendant (and for the record), all of what has happened is reduced to written form.

This written document (which now many be digital instead of paper) is usually called the judgment.

States make call it different things, such as a “disposition.”

But in general, the final recitation of what happened at the plea hearing and the sentencing hearing has to be officially “entered” or “filed” with the court.

The “filing” or “entering” of the judgment in the record is usually done by a clerk of the court.

The magic of the “entering” is simply the clerk adding/updating the information in the system.

This should generally happen the same day at the sentencing hearing, but sometimes it may take a day or even a few days.

In most jurisdictions, the conviction date is the date of the official judgment.

In general, it is expected that the official judgment of conviction would be the date of sentencing, when the defendant’s punishment became official.

After all, the defendant’s punishment is effective pretty much as soon as the judge delivers it to the defendant, not the next day or days later when the clerk gets around to entering the information in the system.

But some jurisdictions might use the date that the judgment was entered by the clerk of the court into the court’s official record system.

As you can see, there can be a discrepancy of a few days, depending upon the efficiency of the court.

Is a guilty plea the same as a conviction?

An entry of a plea (guilty/no contest) does not mean that the defendant has been convicted.

To obtain a conviction, the second step of the process (sentencing) has to happen first.

Until sentencing, which can happen immediately next or months later, the defendant is not officially “convicted.”

When a Conviction Starts vs When the Sentence Begins

People searching for the date of their conviction are often looking for the beginning of their sentence (to find out when it ends).

They might also be looking for the conviction date to get an idea of when or whether a criminal conviction can be expunged.

Generally, in the legal world, we don’t talk about when a conviction starts or stops.

Instead, we talk about the conviction date, and the length of the sentence (being it probation, jail, prison, parole, or post-prison supervision).

You’ll notice when you search around the internet that other websites state that a conviction occurs when the defendant is “found guilty” or “enters a plea.”

We think that these definitions are close but not entirely correct.

In any event, if you can’t tell for sure when your conviction occurred, it is best to contact an attorney in your jurisdiction to get assistance.