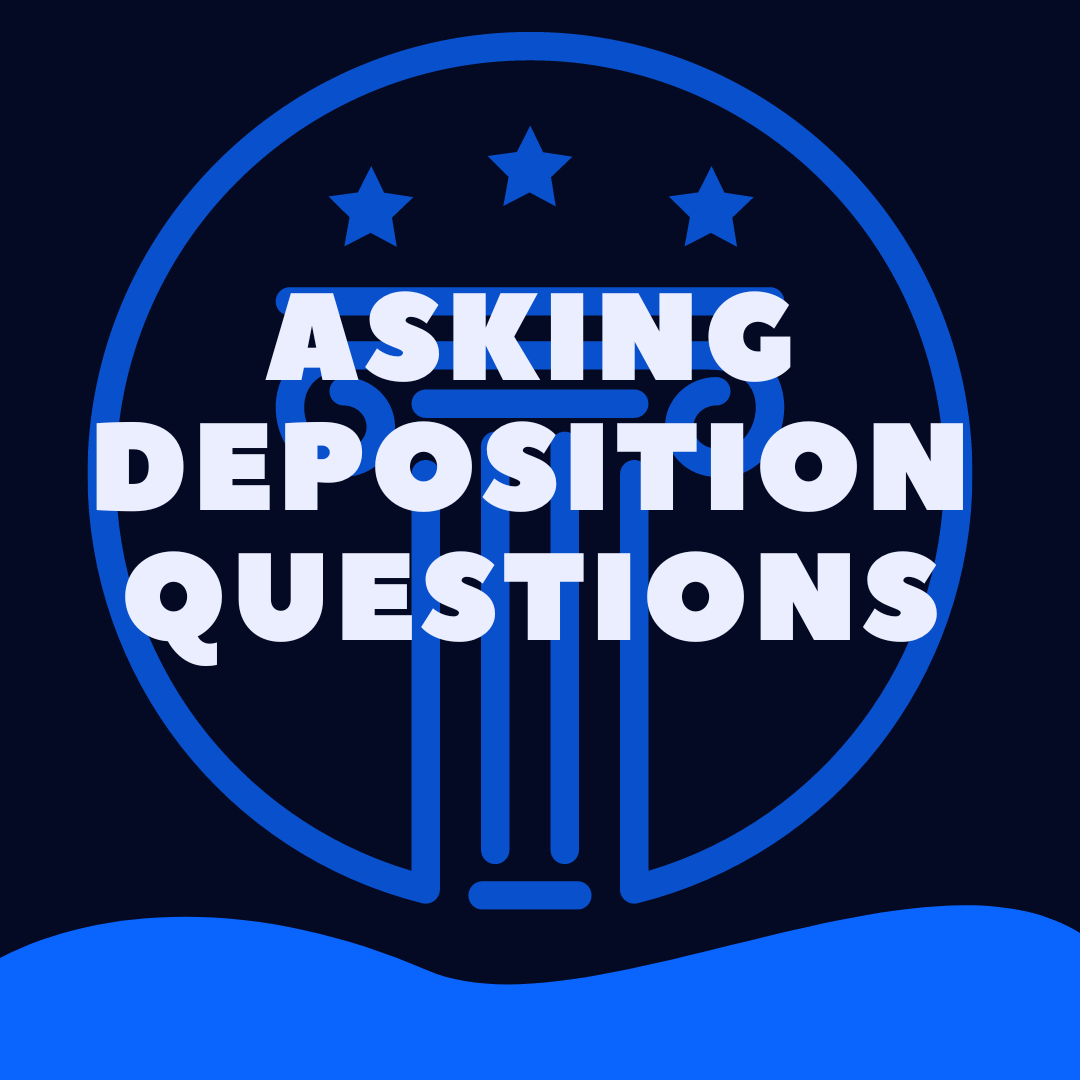 In the article that follows, you’ll learn more about how a deposition works.

Who Can Ask Questions at a Deposition? (Discussion)

What Is a Deposition?

A deposition is a discovery device, meaning it is a legal method by which attorneys gather evidence in a civil case.

A deposition is a less formal event, occurring away from the courthouse and without a judge.

Most depositions are held in a conference room, though there is no real limit where the deposition can be held.

In a deposition, the witness swears to tell the truth, and then the questions begin.

Who Asks Questions In a Deposition?

The side that requested/noticed/subpoenaed the witness to the deposition asks the questions.

The attorney representing the other party may also ask questions, though he may not ask any questions at all.

The non-party witness may have an attorney present, and that attorney may ask questions, though the questions are generally aimed at making the witnesses testimony more clear on specific points for the witness’s benefit.

Why Don’t All The Attorneys Ask Questions?

The deposition costs include:

If the other party attorneys use the deposition to do their own discovery, it can cause disagreements between the lawyers about the costs of the deposition.

If the lawyers both plan to ask the witness all the questions they have, the lawyers may discuss splitting the costs of the deposition in some instances.

Why Don’t Other People Get to Ask Questions?

Does a lawyer (or the self-represented party) have to ask the questions?

A deposition is not a place where an investigator or a paralegal can step in.

A deposition is a court proceeding, though it is held outside of the courthouse and without a judge.

The proceeding is governed by the rules of civil procedure in effect in the court with jurisdiction over the case (state specific or federal rules).

If the requirements of a formal deposition are met, the resulting record/transcript may be admissible in court and used for and against the parties in the official proceeding in ways that other types of evidence cannot be used.

Having a non-lawyer non-party ask the questions in the deposition would constitute unauthorized practice of law in the jurisdiction, and would cause all kinds of problems for the attorney of record handling the case.

The parties would not be able to use the resulting transcript in quite the same way at trial.

The parties sit down together, ask questions, and answer questions.

An interview may occur just like a deposition, with a stenograph and even an oath administered at the beginning.

But that’s where the similarities end.

To hold a deposition, certain notices must be issued to the other parties sufficiently in advance, naming the witness, as well as the time and location of the deposition so that the other lawyers/parties can appear and be present for the proceeding.

A subpoena is effective to secure a witness’s testimony at a deposition, while it cannot be issued for a simple recorded interview.

During a deposition, all non-party witnesses, friends, and family are asked to leave the room.

During a deposition, the other lawyers can make objections for the record for the court to rule on at a later date if the statements are offered as evidence.

If the lawyers cannot resolve arguments about a particular line of questioning, they can actually contact the court over the phone on the record to obtain official guidance from the judge on the point.