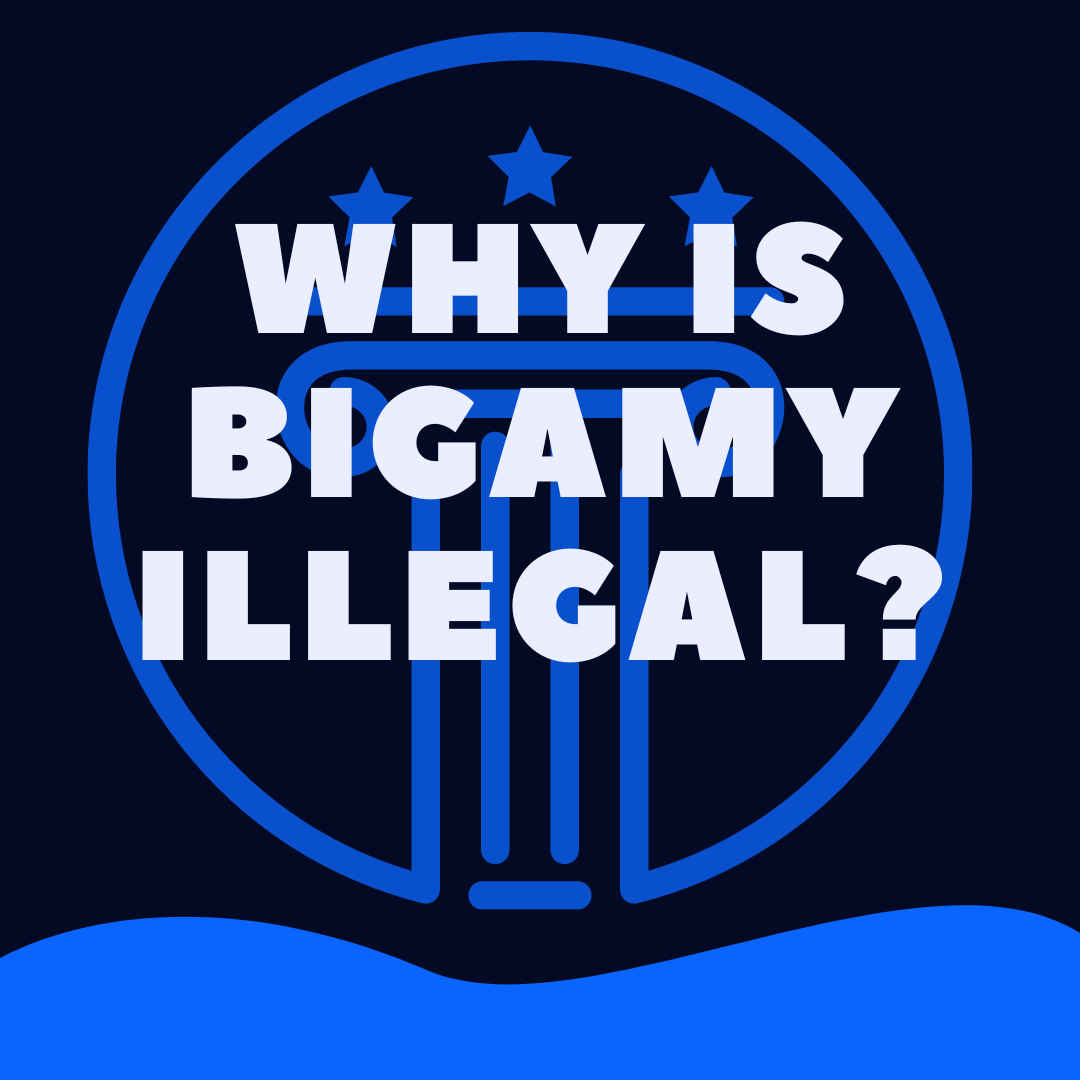 There are many potential reasons why bigamy is currently illegal in every state in the United States, and in this article, we’ll explain what bigamy is and talk you through the reasons why it is illegal.

Why Is Bigamy Illegal? (Discussion)

First, what is Bigamy?

One of the primary reasons bigamy is illegal is that it tends to involve lies or deceit.

As part of getting married, couples are required to obtain a marriage license, and make representations about their married status to the government.

They are also required to make representations about their married status to their soon-to-be spouse.

If you know you are married at the time of applying for a marriage license, you are lying to the government and your second spouse, and potentially gaining much.

In addition, many important rights are gained when a legal marriage occurs, such as:

Marriage is a complex and serious relationship in the United States, and much can ride on the success of a marriage, emotionally and financially.

Corporations cannot use lies to induce the other parties to enter into a contract, and neither can individuals.

Country Structured Around One Spouse At a Time

The United States is set up to handle the situation of one spouse at a time.

If the deceased is married at the time of his death and has no will and testament, the laws of the state make it clear where the money is to go and how much is to go there.

If the deceased has multiple spouses and no will, there are no laws on the books for that situation.

Look also to social security benefits and other government programs, where the spouse gets a benefit.

Or at health insurance.

Or at property distributions in divorce.

Or how about who gets to make decisions for the incapacitated spouse if there is no advance directive form signed?

To incorporate multiple spouses at one time would require a massive overhaul of the legal system and other benefit systems.

The impact and influence of religion cannot be ignored in this instance.

While it would be expensive and annoying to update the laws of the states and the federal government, it would be possible if the people wanted it to happen.

But the roots of the United States are deep in religious beliefs, despite the efforts to separate church and state.

Many Americans are raised to believe that a relationship can only be two individuals, and no more.

Until recently, only a man and a woman could be lawfully married in any state in the United States.

There is not yet been room made for other non-traditional relationships, which many believe are ‘wrong’ due to their beliefs.

Given the polarized nature of politics, it is the rare politician who would ask the American religious public to allow bigamy.

Religion aside, established notions of morality are also an issue.

Being with one person is “loyal” (meaning right) while being with others at the same time is “disloyal” (wrong).

People associate polygamy with crimes against children, and bigamy with immigration fraud and elder abuse.

They do not associate bigamy and polygamy with loving families and well-taken care of children.

Society is slow to change.

Even though it is possible for creative/non-traditional relationship to succeed without harming the country or the fabric of society, it just isn’t the way right now.

There are certain communities which have tried to make bigamy or polygamy mainstream, and have struggled/suffered as a result.

This is just the way it is.