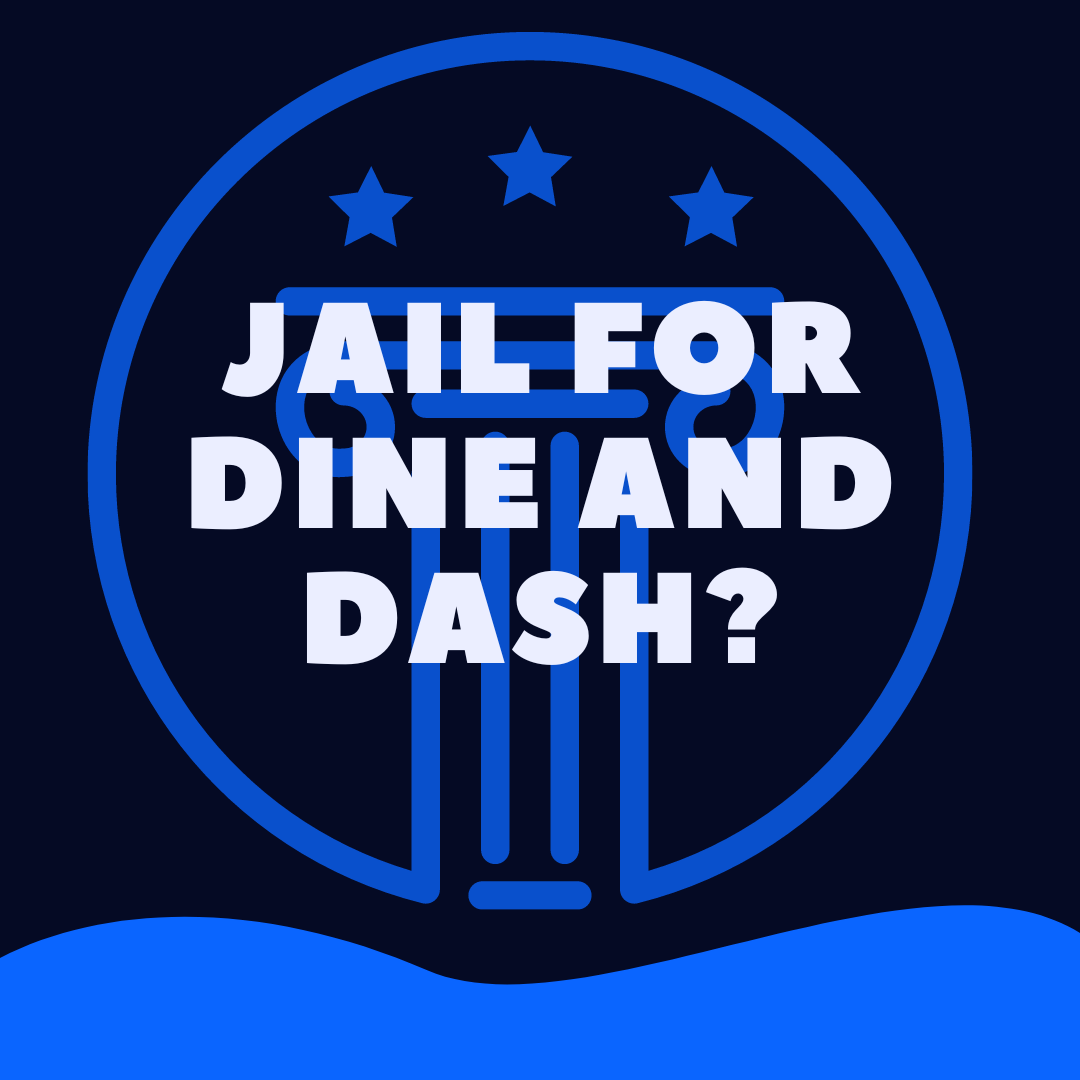 Answer: yes, you can go to jail for leaving a restaurant on purpose without paying.

That being said, unless the behavior has happened on more than one occasion, or serious financial losses occurred, the perpetrator probably won’t.

Can You Go To Jail For Dine and Dash? (Explained)

What Does It Mean To Dine and Dash?

To dine and dash is to eat at a restaurant and then leave without paying.

While people may walk out of a restaurant accidentally or forgetting that they hadn’t paid yet, dine and dashers purposefully eat and run.

Is Dining and Dashing Criminal?

Several states in the United States have specific laws which make dining and dashing criminal behavior, punishable by fines and jail time.

Other states have not established separate laws for dine and dash.

Instead, they rely upon other criminal offenses already established.

At its heart, dining and dashing is theft.

In general, theft crimes are made more serious by the value of the property or services taken without permission.

Thus, dashing without paying from a really fancy restaurant vs dashing from a fast food restaurant could have wildly different consequences.

The dasher could also face other criminal charges for disorderly conduct, criminal mischief, or even driving crimes if the dasher left the premises in a reckless manner.

Going To Jail For Dine and Dash?

In some states/cities, theft of services or property valued at less than $1000 is considered a misdemeanor.

The seriousness of the misdemeanor is determined by the value of the theft.

For the lowest level offenders (who have stolen item(s) of the least value), many courts have established alternative resolution programs.

For example, in some municipal courts, a defendant convicted of the lowest level misdemeanor could earn a complete dismissal of his case if he stayed out of trouble for 12-24 months and completed a term of community service.

Part of the sentence would likely include a requirement that the restaurant be reimbursed the value of the unpaid bill.

What If The Dashing Was Accidental or Unintentional?

Theft statutes of all the states require a mental state component.

This means that the prosecutor must be able to prove beyond a reasonable doubt that the defendant intentionally, or at least recklessly, left the restaurant without paying.

This could be proven in a number of different ways, such as:

In his defense, the defendant may present evidence that the dashing was not intentional, and the case would turn on whether the fact finder (judge or jury) believed the evidence.

How Long Would Jail Be?

For a first time offender with a misdemeanor conviction, if jail is ordered, it is likely to be a fairly short sentence, in the range of 2-10 days.

If the offender is a repeat offender, has an extensive criminal history, and/or the conviction was for a felony theft rather than a simple misdemeanor, the expected sentence is something longer.

However, many jails are struggling with overcrowding and resource issues.

Even if jail is ordered, the defendant may be transitioned to community service or road crew (like trash clean up) do to the jail’s inability to hold all the offenders that need to be held.

A period of probation is also like to be ordered; 6-24 months for a misdemeanor and 24 months+ for a felony conviction.

If you have been charged with crimes from dining and dashing, or you are worried that you will be, conferring with an attorney early on is recommended.