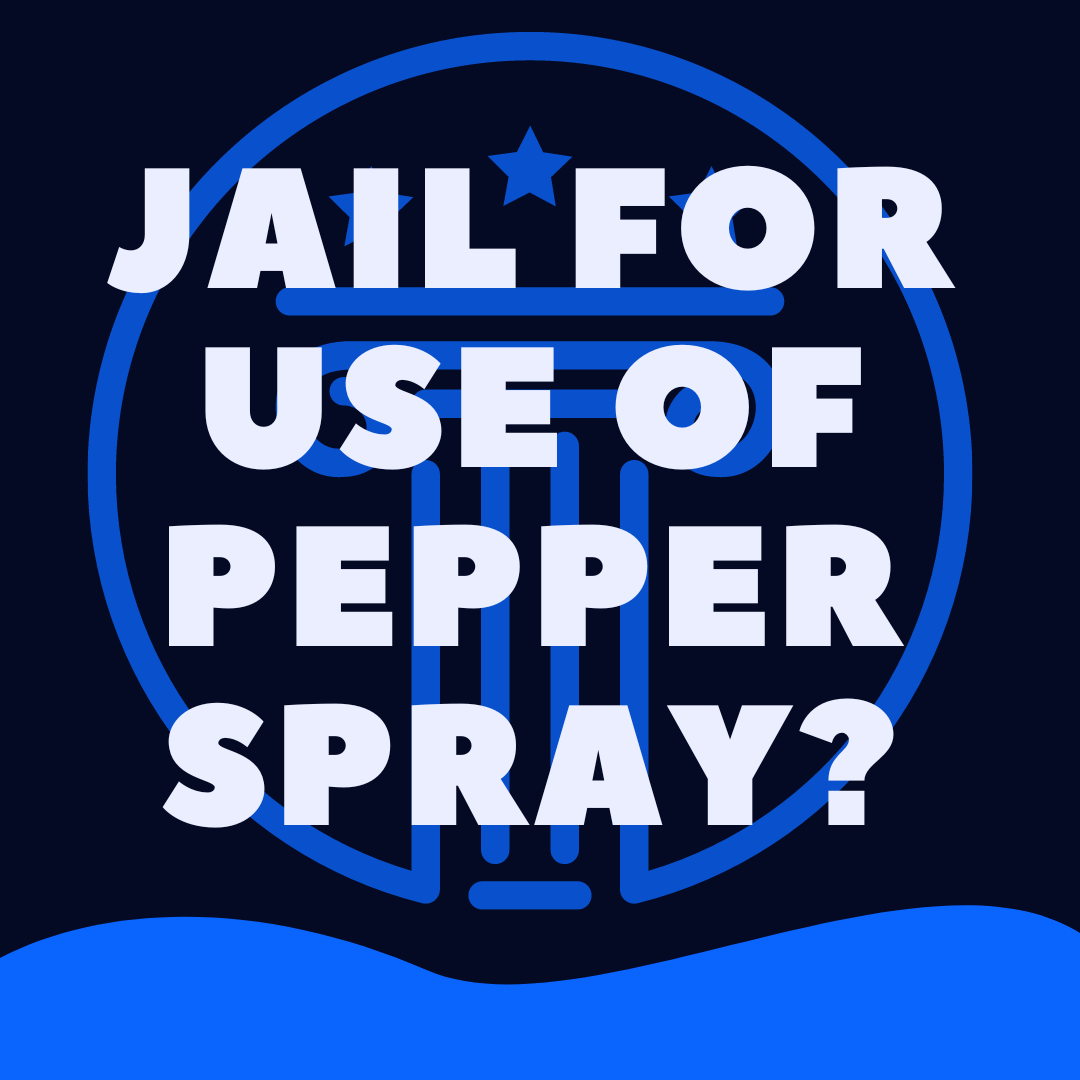 Can You Go To Jail For Pepper Spraying Someone? (Explained)

The criminal implications for using pepper spray are actually quite broad.

First and foremost, some locations do not allow the possession (and consequently the use) of pepper spray.

Some states also make the use of pepper spray against specific individuals (such as police officers or emergency responders) a very serious crime.

Absent specific laws about the possession or use of pepper spray, the criminality of pepper spray use depends heavily upon the circumstances of the use of the weapon, and the outcome of the incident.

Most states have established misdemeanor and felony offenses to penalize the various outcomes of a fight (pepper spray or no), though some states may make the lesser fights a civil infraction (like a ticket).

The same is true when pepper spray is being used, as one individual causes a harmful or offensive touching, causes pain, causes a public disturbance, and may even result in damage to property.

Potential charges when pepper spray is deployed include:

There may also be pepper spray specific charges in specific states.

All of these charges are at least the level of a misdemeanor, and thus have jail as a potential outcome.

If the threat of force or the force itself did not rise to the level of utilizing pepper spray in response, the doctrine of self-defense may not succeed.

If an individual was charged with crimes relating to the use of pepper spray and he believed that he was acting in self-defense, the defendant should seek the assistance of an experience criminal defense attorney, as proving this affirmative defense can be challenging and technical.

Will You Go To Jail For Using Pepper Spray?

What If Individuals Are Just Goofing Around With The Pepper Spray?

Using pepper spray with permission happens now and again, usually for the benefit of a social media audience.

All you have to do is check out Tik Tok for videos showing off the pain faces and coughing.

Some states provide specific exceptions for consent written into their laws about assault/battery (meaning that if the parties both agree to the harmful physical contact, there’s no crime).

However, these laws do not shield individuals who cause harm resulting in extremely serious physical injury or even death.

Many states (like Oregon) have a statute in place that criminalizes reckless discharge of pepper spray.

Other states may not have an exception for content to what is essentially an assault (intentionally causing someone else to suffer pain or injury).

This means that one of those Tik Tok videos could be utilized as evidence of a crime.

Pepper spray is considered a non-lethal weapon, but can cause serious physical pain, coughing, panic, or even loss of consciousness.

The shock could also cause the recipient to fall in a manner where he is unable to protect his head and limbs, which could also result in serious injury or death.

In rare circumstances, individuals with compromised respiratory systems (asthma, COPD) have even died as a result of exposure to pepper spray.

For these reasons, the cavalier use of pepper spray could result in criminal charges.

For so many reasons, it is a bad idea to goof around with pepper spray.

If you have been charged with crimes from using pepper spray, or you are worried that you will be, conferring with an attorney early on is recommended.