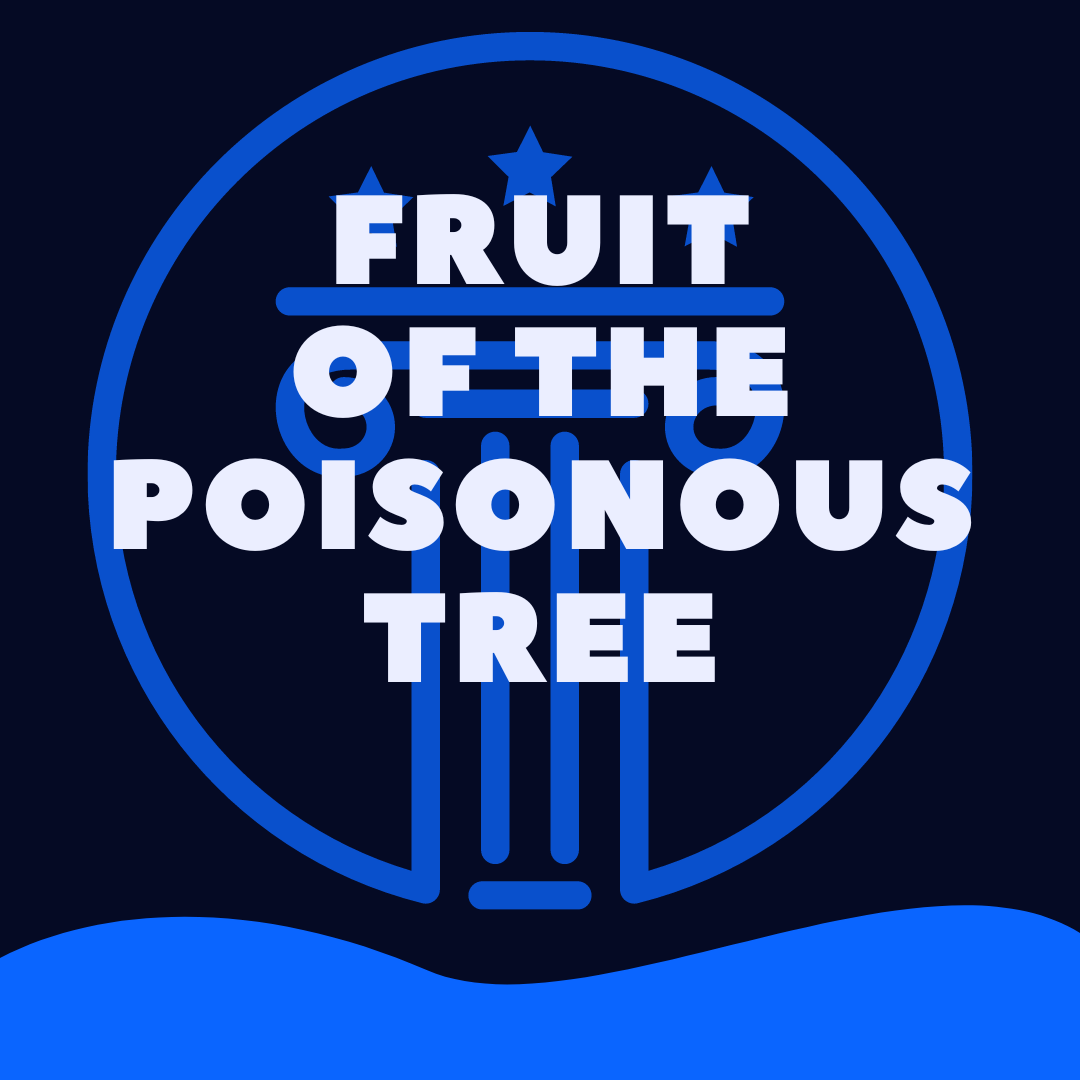 The Fruit of the Poisonous Tree Doctrine excludes both illegally obtained evidence, as well as evidence obtained or derived from the exploitation of that evidence.

In this article, we’ll help you understand how that doctrine plays out in the world with examples.

5 Fruit of the Poisonous Tree Examples

A police officer enters a house without consent, a warrant to search, or an exception to the warrant requirement.

While inside the house, the officer finds items that he know had been stolen and seizes them.

The defendant was charged with the theft of the items, and files a motion to suppress.

The court rules that the officer’s entry into the house was illegal, and all evidence collected during the search was excluded and inadmissible.

But for the illegal entry, the evidence would not have been discovered.

The district attorney moved to dismiss the case because he lacked evidence to proceed.

A police officer pulls over a driver.

The police officer didn’t see anything particularly suspicious or illegal, he ‘just had a feeling.’

During the stop, the police officer smells something suspicious.

He orders the driver out of the car, then searches the car.

Illegal substances are located. and seized.

The defendant’s motion to suppress was granted in the substance possession case because the officer didn’t lawfully initiate the traffic stop, and since the stop wasn’t lawful, the evidence collected wasn’t either.

But for the unlawful stop, the evidence would not have been discovered.

He was read his Miranda rights.

At the station, the defendant made self-incriminating statements.

The confession is eventually excluded because it was the product of his unlawful arrest.

But for the unlawful arrest, the defendant would not have made the statement.

A law enforcement officer stops a young person who is walking down the street.

The officer doesn’t have any reason to stop the young person, aside from wanting to check him out.

He asks the young man to turn out his pockets.

The officer forces him to turn out his pockets, where his suspicions are justified. The young many is carrying contraband.

The young man is arrested, and his backpack is seized.

During a search of the backpack incident to the arrest, more illegal items were observed and seized.

The scared young man confesses to illegal actions, and during the confession, implicates other individuals.

This is a case where the law enforcement officer has stopped and seized the young man illegally (no evidence at all of a crime supporting the stop or the search.

Since the stop was not lawful, all the evidence collected is held to be fruit of the poisonous tree and excluded.

Police officers show up at a suspect’s house in the middle of the night.

They ask him to come down to the station to “talk.”

The defendant says “okay” and does not fight officers.

On the trip, police officers cuff him, and then place him in a locked room during the talk.

The defendant spends hours in the room, and eventually gives a confession.

The court eventually rules that the confession was not admissible, because the arrest/seizure of the suspect was not lawful.

While the suspect eventually confessed (and agreed to come with officers), the act of placing the suspect in cuffs and locking him in an interrogation room constituted an unlawful arrest.

Officers did not yet have enough evidence at the time of taking the suspect into custody, though they got it later, after the fact.

But for taking the suspect into custody, the officers would not have gotten their confession.

If the officers had not used cuffs and had made more clear that defendant could leave at any time, perhaps the court would have ruled differently.

There are exceptions to the Fruit of the Poisonous Tree Doctrine, including:.

Independent Source: The court will allow evidence if the government can prove that the evidence was collected independent of the illegality.

Inevitable Discovery: Even if the evidence was collected illegally, the court may allow it if the prosecution can show that the government would have discovered it anyway.

Intervening Acts of Free Will: If something happens that breaks the chain of events between the illegality and the challenged evidence, the court may allow it. For example, let’s say the police arrest an individually illegally and he makes statements incriminating himself. After his release, the defendant is again arrested, but lawfully. He makes the same statements. Those statements are going to be allowed. There was enough time between the incidents, and the statements the second time were made in a lawful setting.

If you want to read actual court decisions about the poisonous tree doctrine, we recommend:

While reviewing these cases may be difficult (some of the language is pretty dense), the cases often explain the court’s reasoning and can help you better understand this sometimes complex doctrine.