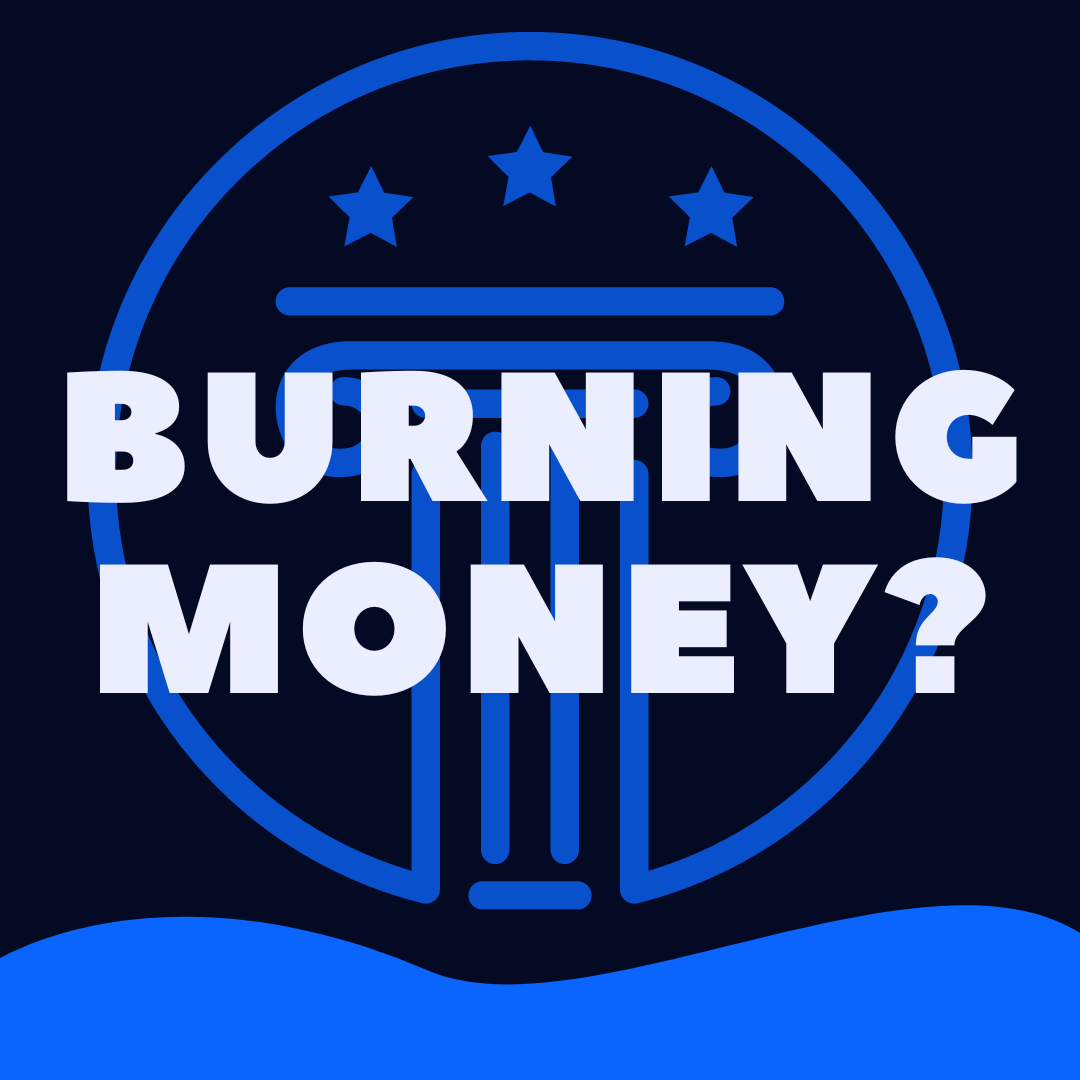 Answer: Yes, it is illegal to burn money in the United States.

Is It Illegal To Burn Money In The United States? (Explained)

Most people don’t have money to burn.

But even if they did have money to burn, it is illegal in the United States to burn or damage currency.

The penalty comes with fines and can carry a ten-year sentence in prison.

Beyond burning currency, it is also illegal to tear paper currency or even flatten a penny on a railroad track.

While flattening pennies underneath the weight of a railcar may seem like innocent fun, it can carry consequences if discovered.

Why Is It Illegal to Damage or Burn Currency in the United States?

It comes down to the United States government’s use of precious metals to mint coins.

At times throughout history, criminals have shaved off portions of a coin to keep the metal for themselves while passing off the coins as genuine.

The same holds true with the many new features in paper money that make them less easy to pass as counterfeit. These processes take an investment of a lot of money.

Can I Be Charged with Burning Money?

The odds of this under federal law are pretty slim.

While even defacing a paper dollar is illegal, it’s difficult to charge someone with this crime.

Burning paper currency is on the legal level of burning an American flag.

As for clipping coins, there aren’t many precious metals in them now so it doesn’t make sense.

Still, some contend that it is a First Amendment free speech act protected by the U.S. Constitution.

The Law and Damaged Currency

Many people experience receiving a torn dollar bill that has been taped back together.

But the law is clear. It’s spelled out in Title 18, Section 333. This act was passed in 1948. It clearly states that burning or tearing paper money is illegal.

The act states that anyone who cuts, perforates, mutilated, or defaces a banknote can be fined or imprisoned.

This includes taping or cementing cut bills together.

The act stipulates that this goes into effect if the person attempts to use the mutilated funds for a purchase or to fulfill a debt.

Coins are also protected under Title 18, Section 331. This makes it illegal to alter, falsify or lighten the weight of any coin minted by the United States.

This also covers defacing it or diminishing it in any way. On an interesting note, it also mentions foreign currencies which are legally in use in the United States.

The law goes on to cover any actions including possession of fraudulent coins and attempting to pass them on to another person as genuine.

This can also result in fines and imprisonment. In some cases, a sentence of up to ten years can be imposed.

The law clearly lays out the rules about defacing, counterfeiting, or marring in any way both paper currency and coins.

However, the reality is that it is rare to be prosecuted for damaging money. This brings up the question of arcade machines often found at attractions such as carnivals, theme parks, and fairs.

With these machines, a penny is inserted and then depressed leaving a logo or image. How are these machines legal if it is not legal to damage currency?

They are legal because the machine is creating a souvenir that cannot be used to defraud anyone, or profit from it and the coin has not lost any of its metal weight.

People Do Get Caught

In a high-profile 1963 case, an 18-year-old US Marine was convicted of damaging pennies so that they could be used as dimes in vending machines.

His name was Ronald Lee Foster. Mr. Foster was fined $20 and given one year of probation. The conviction meant that he could not legally purchase a firearm.

He returned to the national news when President Barack Obama pardoned him in 2010.

If it’s personal money, why is it illegal to damage it? Why does the government care about how it is handled?

The answer is as simple as supply and demand. The United States government regularly has to remove damaged currency from circulation. This is a costly process.

For the Federal Reserve to replace a $1 note, it costs 5.5 cents.

This cost increases to 14 cents when a $100 bill is removed from circulation.

This may not sound like a lot, but it all adds up quickly.

What Does it Mean to “Deface” a Note?

Defacing paper currency includes anything from drawing on them, writing words or names, etc.

When discovered, the police and court system make the decision about whether to prosecute or not. Drawing or writing on paper currency or altering the appearance of the money is an illegal act.

Some do it as a sign of protest, others are just having a little fun.

Whatever the reason, it can have real consequences. Some people have received six-month prison sentences. Then there are the fines which can range up to $10,000.

The risk of penalties for burning or defacing paper or coin currency ranges based on the nature of the act. Also, the intent of the person to defraud someone is part of the question.

Another thing that law enforcement looks at is if the individual filed down a coin’s edges to make it appear to be an “error coin”.

These are coins that were not struck correctly by the United States Mint. True error coins are extremely popular with collectors of rare coins.

True error coins can be valued for significant amounts of money. Creating a fake error coin is illegal and counts as fraud.

While burning paper currency and defacing coinage is illegal, so is counterfeiting US currency. For retailers and banks, this is a problem because they are often difficult to spot.

Today’s security features, such as color shifting ink and watermarks, are helping to lower the risk for businesses.

However, if given a bill that doesn’t seem quite right, don’t accept it and ask for another form of payment.

While the act of burning money in anger or frivolity seems like a small act, it’s not. Even if the money is being burned in protest, there will be consequences.

There are better ways to demonstrate protest or anger that won’t result in fines or prison time. Consider those and keep currency in your wallet where it belongs.