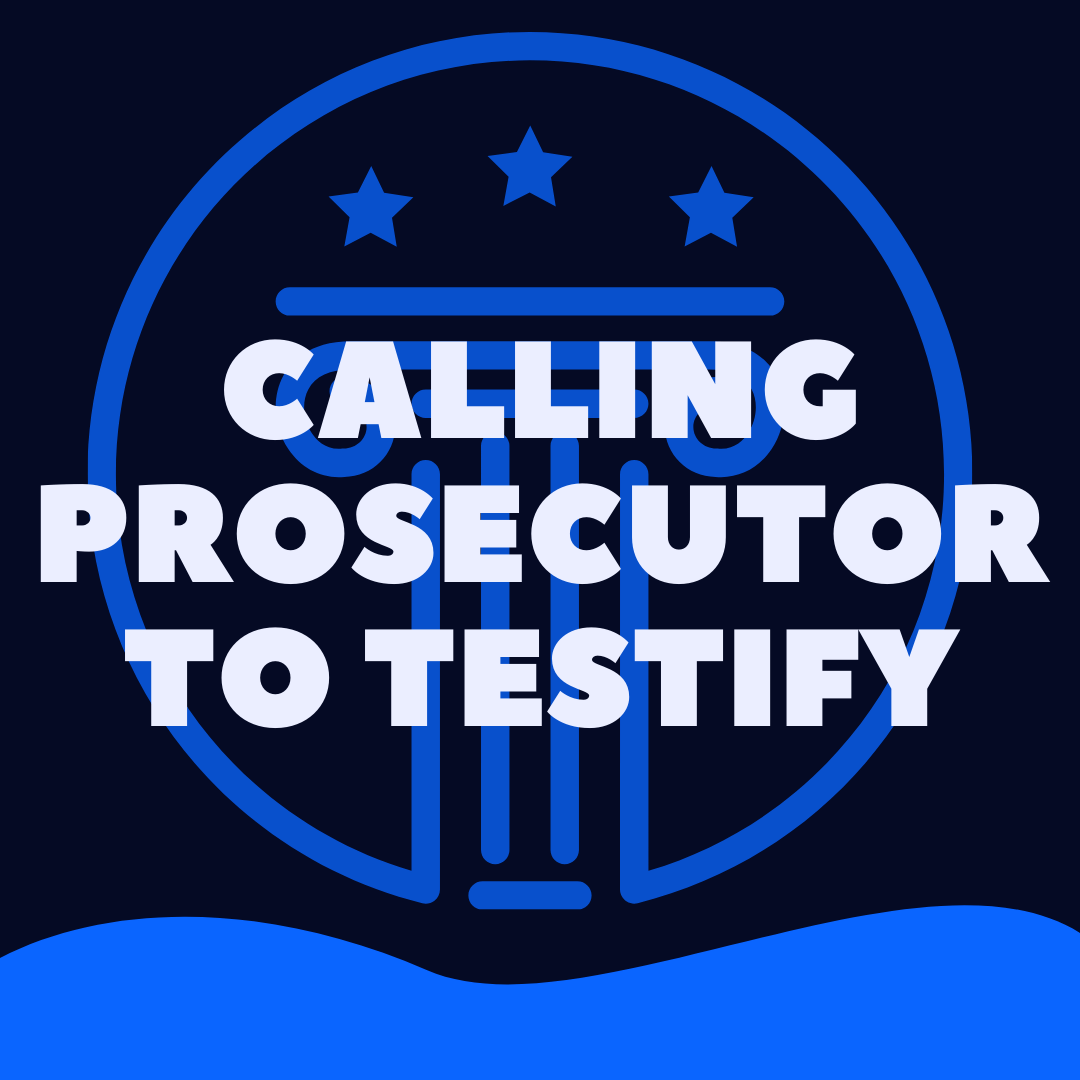 While this might be unusual, and not every attempt to make this happen by defense counsel will succeed, it does happen.

Can The Prosecutor Be Called As A Witness? (ANSWERED)

In general, both the prosecution and defense have the right to call witnesses to prove their case.

In the case of the prosecutor’s case-in-chief, the witnesses will called to prove the elements set forth in the charging instrument beyond a reasonable doubt.

“Impeaching the witness” is the term for what lawyers are doing to try and make a witness seem less reliable that they were initially presented.

You can impeach a witness by proving that he was not telling the truth, or that his testimony was influenced by someone else.

It is really common to ask a witness about who they talked to about testifying, and what they were instructed to do or say.

The defense attorney could not be able to call the prosecutor to ask him or her what she told the witness in preparation for the testimony.

But the defense attorney might be able to call the prosecutor to offer evidence in the event that the witness opens the door to the prosecutor’s involvement with the evidence.

There may be other instances where a prosecutor’s testimony is relevant, such about his discussions with witnesses, observation of the crime scene, and disposition of evidence.

As teased above, I have been involved from the defense side in a case where the prosecutor was called to the stand.

I was second chair, and I was not really prepared for the lead attorney to call the prosecutor as a witness.

If it had been appropriate, I might have slid down under the desk to watch from there.

The attorneys argued at length about whether the prosecutor’s testimony was relevant to the issue at hand.

Since the issue in question was the location and preservation of specific items of evidence, the judge allowed the defense to call him.

The testimony was not necessarily that interesting and had no eventual impact on the case.

The prosecutor was sworn, and had to answer questions about what had happened to specific items of evidence in the case.

The judge kept the questions extremely tight to the very specific question of fact at issue, and did not let defense counsel stray at all from that point.

And then the prosecutor was able to step down and trial continued.

The people in the gallery later reported that “fireworks” had occurred in court.

Will You Be Able To Call The Prosecutor To The Stand?

Hard to say, I have no idea about your case.

But in general, I have to imagine that in most cases, unless it is crystal clear OBVIOUS that the prosecutor’s testimony is relevant to the factual issue at hand, the judge will not allow it.

Most defendants will have an uphill battle to get the prosecutor on the stand, and will have to convince the court that the testimony has real value and is not just a stunt to distract the jury.

What Is The Process For Calling The Prosecutor?

Looking back now, I can see that it probably inappropriate for the court to allow lead counsel in my case to just call the prosecutor out of his chair to testify.

In that motion to disqualify, the defendant must then argue the compelling need for the testimony, and that the information can come from no other source.

In my case, it made sense that the prosecutor testified, because there was no one else who could have testified to his first hand observations.