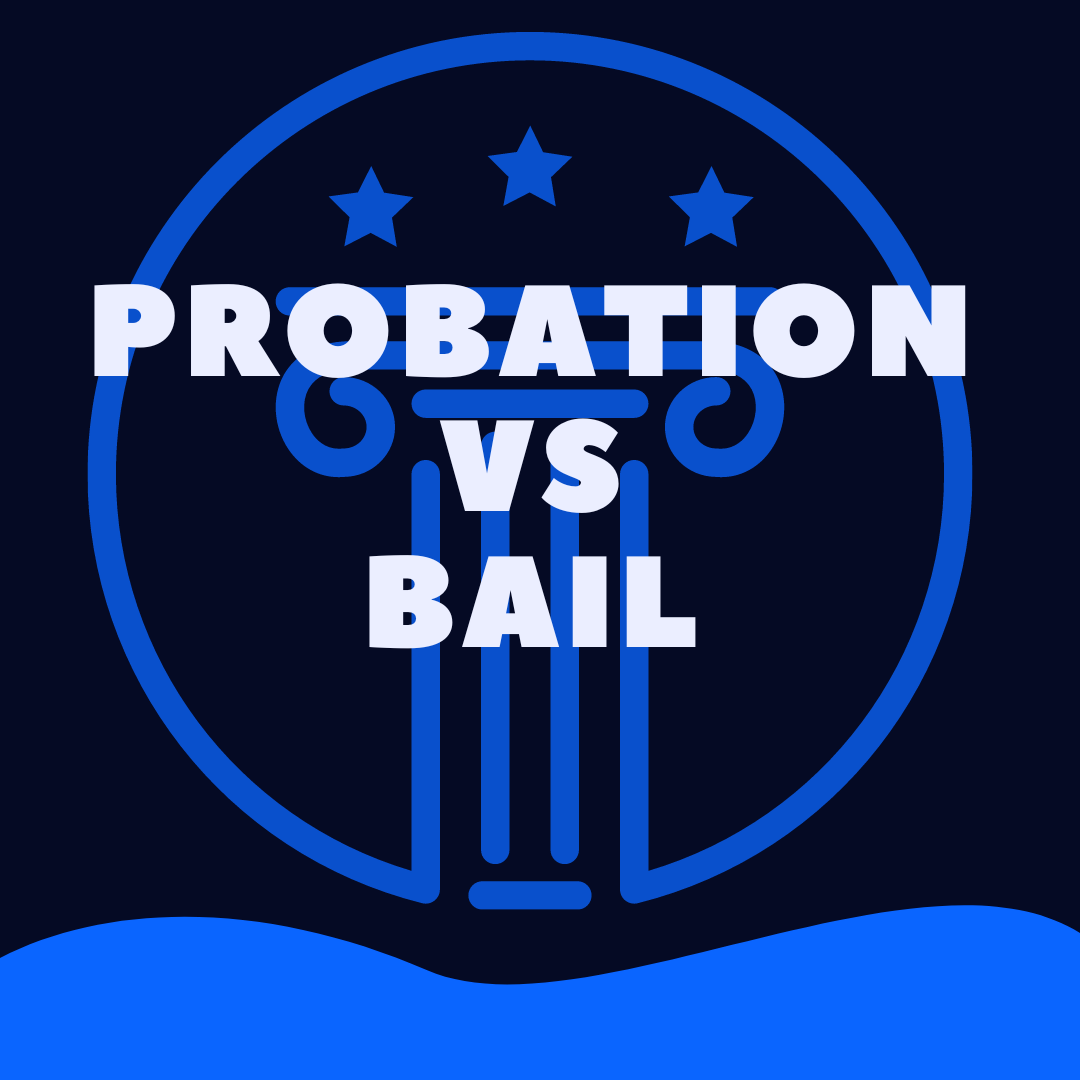 In this article, we’ll explore the differences between these two elements of the justice system.

Probation vs Bail: What’s The Difference?

Probation is a sentence that can be imposed by a court instead of incarceration.

The offender is typically allowed to remain in the community, but is subject to certain conditions and is supervised by a probation officer.

When is Probation Ordered?

At the conclusion of the active court case.

What Are Some Rules of Probation?

Some common rules of probation include a prohibition on the use of drugs or alcohol, a curfew, meeting with a probation officer on a regular basis, attending counseling or drug treatment, maintaining employment, and paying any fines or restitution that have been ordered by the court.

What happens if you don’t follow the rules of probation?

If you violate the terms of your probation, you may be subject to additional penalties, including jail time.

Bail is money that a defendant must pay in order to be released from custody pending trial.

The purpose of bail is to ensure that the defendant will return for future court proceedings.

When is Bail Ordered?

At or near the beginning of the court case.

How is Bail Determined?

Bail is typically set by a judge at a bail hearing.

The amount of bail will depend on various factors, including the severity of the crime, the defendant’s criminal history, and the risk of flight.

What Happens If You Don’t Pay Bail?

If you fail to pay bail, you will remain in custody until your trial.

If you are found guilty, you may forfeit the bail money and may also be subject to additional penalties.

What If You Can’t Afford the Bail That Is Set By the Court?

There are a few options available if you cannot afford bail.

You may be able to get a bail bond, which is basically a loan that you will have to pay back with interest.

You may also be eligible for a release on your own recognizance, which means that you are released without having to pay bail but you must agree to certain conditions, such as appearing for all future court dates.

You can also file a motion to reduce bail, on the basis that  the amount set by the court is excessive.

What happens to your bail if you don’t show up to court?

If you fail to appear for court, your bail will likely be forfeited and a warrant may be issued for your arrest.

Is bail a punishment?

No, bail is not a punishment. It is simply a way to ensure that the defendant will appear for future court proceedings.

Do defendant’s have a right to bail?

Yes, in most cases, defendants do have a right to bail.

However, there are some exceptions, such as when the defendant is charged with a capital offense or is considered to be a flight risk.

Yes, you can ask family or friends to help you post bail.

You can also use a bail bond company, which will post bail on your behalf in exchange for a fee.

What does a bail bond company do if you don’t show up to court?

If you fail to appear for court, the bail bond company will be required to pay the full amount of bail to the court.

The company will then likely hire a bounty hunter to track you down and bring you to court.