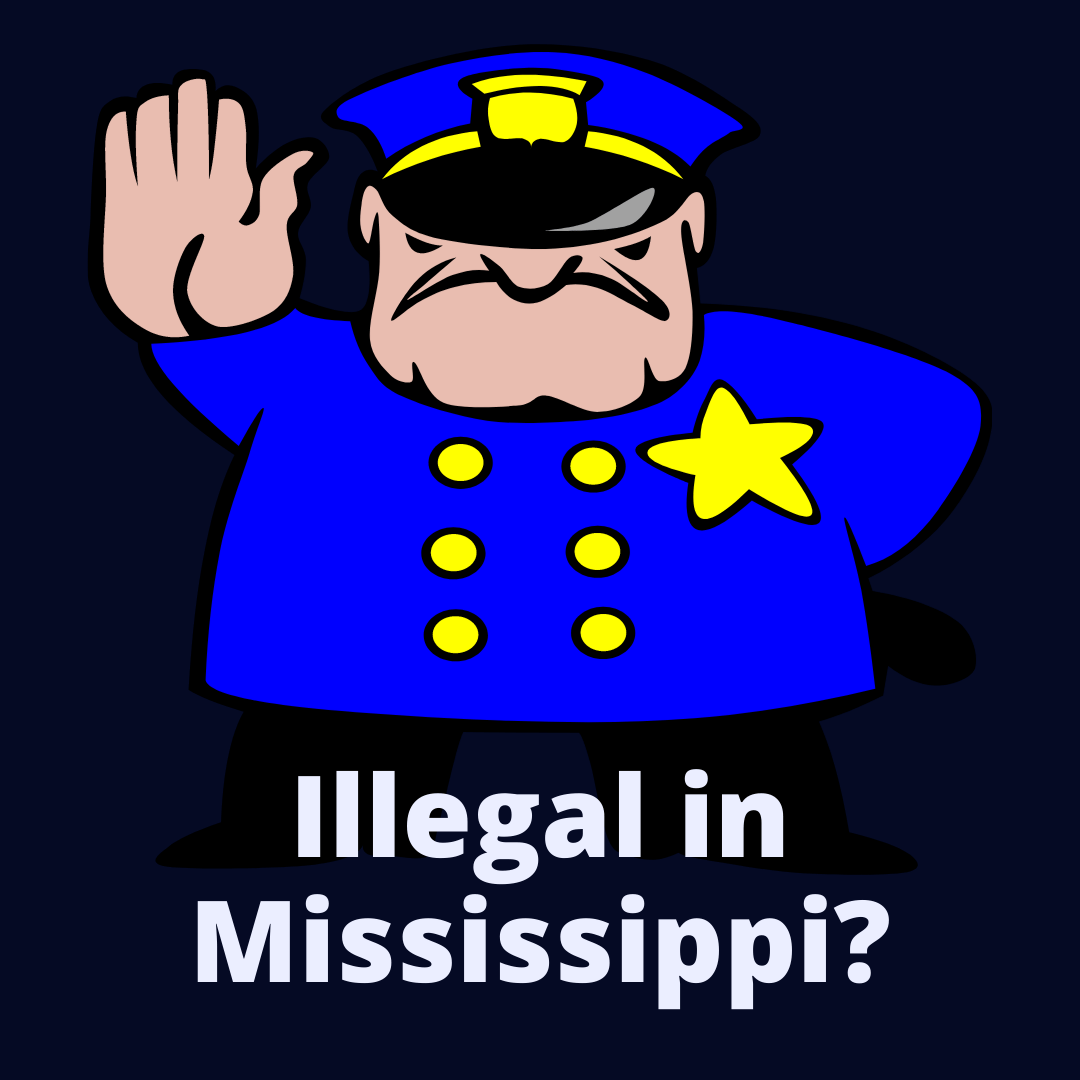 Our research did not locate a statute making it illegal to change lanes at an intersection in Mississippi.

It is considered a higher-risk driving maneuver, so it is often frowned upon, and can still result in a ticket (on other grounds).

Our article below provides related background on legal statutes for changing lanes, driving through intersections, and making turns safely.

Is It Illegal To Change Lanes In An Intersection In Mississippi? (EXPLAINED)

While not specifically discussing intersections and lane changes, Mississippi Code § 63-3-603 does state:

(a) A vehicle shall be driven as nearly as practical entirely within a single lane and shall not be moved from such lane until the driver has first ascertained that such movement can be made with safety.

The Mississippi Code § 63-3-609 refers to overtaking or passing another vehicle:

(a) The driver of a vehicle overtaking another vehicle proceeding in the same direction shall pass to the left thereof at a safe distance and shall not again drive to the right side of the roadway until safely clear of the overtaken vehicle.

Additionally, a driver must not increase their speed when being overtaken by another vehicle and before their action has been completed:

Turning at an intersection is legislated under Mississippi Code § 63-703:

(a) Both the approach for a right turn and the turn itself shall be made as close as practical to the right-hand curb or edge of the roadway.

Furthermore, signaling including providing sufficient advanced warning to both drivers and pedestrians is covered under statute § 63-3-707.

It is fairly common to be taught in driver’s education that it is illegal to change lanes in an intersection.

Despite the lack of a specific law on the books, it is also common to see the mandate against the maneuver in manuals and materials published by the state DMV.

Given the potential risk in the action, especially when done in a careless manner, it makes sense that it would not be encouraged.

Any lane change must be done with due care.

Intersections are tough to navigate safely, so unnecessary lane changes while driving through one seem like it should be illegal.

Despite this, it is untrue in Mississippi and most other states as well.

But If It Is Not Illegal In Mississippi To Change Lanes In An Intersection, Why Did I Get A Ticket?

Law enforcement officers are looking for driving that is unsound, erratic or breaks the law in some way.

They do not want to commit to a traffic stop—some of which have led to severely negative outcomes for law enforcement – unless it’s necessary to do so.

For instance, weaving in and out of traffic when in a hurry to get somewhere can be concerning.

After all, this isn’t NASCAR! Even from a skilled driver, it can seem unnecessary to a third-party observer.

Making a turn without signaling or being wrongly positioned can also be a cause for stopping a driver too.

In areas where driving under the influence is a common problem at certain hours, any odd driving actions may indicate a traffic stop is required.

Also, it is worth considering that it could be a combination of things occurring that ultimately resulted in a stop and receiving a traffic citation.

Is it possible that a change lane caused another driver to react differently, causing a domino effect?

Any unusual driving or lane change in an intersection is automatically a red flag.

Accident investigators will be looking into whether certain driving actions, including yours, led to the accident.

With damage to vehicles, property, or people, it becomes far more significant too.

Depending upon your contribution to the collision, advice from a Minnesota motor vehicle accident lawyer could be helpful, even if you have insurance that will cover the damages.

Consulting the appropriate attorney early on in your case might do you a world of good, or at least calm some of your anxieties or fears about the outcome.