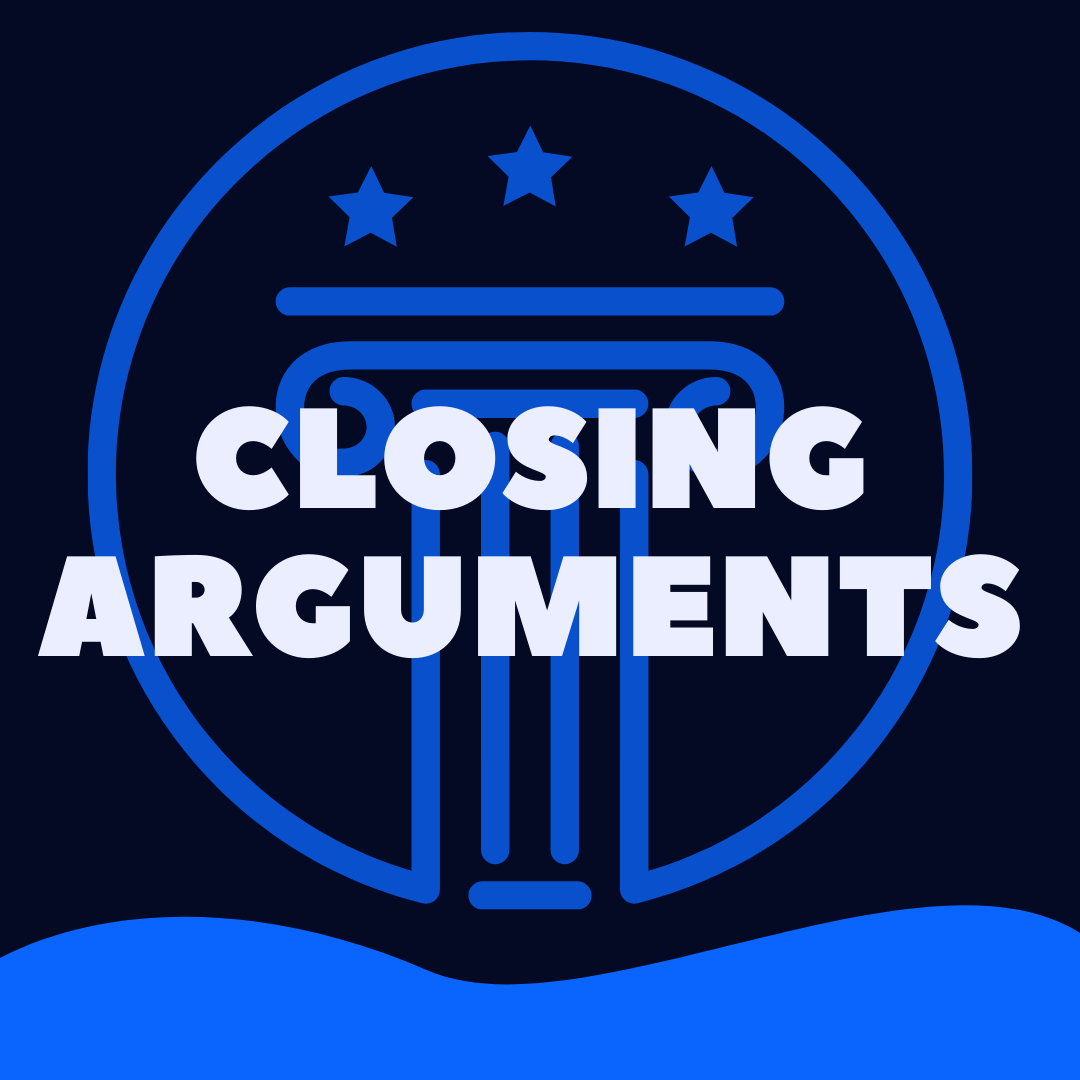 However, there is a lot that happens administratively between the conclusion of the evidence in the case that most jurors never see.

Read on to learn more about what happens before and after closing arguments.

When Does The Prosecutor Give Closing Arguments? (EXPLAINED)

What Are Closing Arguments?

Closing arguments are not evidence.

Instead, closing arguments are a persuasive speech delivered by the government’s and the defense’s attorneys.

In these statements, the attorneys can sit or stand in the well of the courtroom and speak to the panel of jurors.

They will usually argue how the evidence presented during the trial satisfies or does not satisfy the burden of proof required to obtain an conviction.

In a criminal case, the burden of proof is “beyond a reasonable doubt.”

This is generally the highest burden of proof you’ll see in a trial in our justice system, well above “a preponderance of the evidence” and “clear and convincing evidence.”

“Beyond a shadow of a doubt” is another example of a burden of proof but this level is not one utilized in the courts.

What Is Included In Closing Arguments?

Most attorneys will address each step in the alleged crime, and discuss what piece of evidence should be relied upon to make a decision (or the lack thereof).

Prosecutors will remind the jurors of what the witnesses said, and what the evidence looked like.

The defense counsel will try and convince the jury that the evidence was not sufficient to meet the high burden of proof.

For example, maybe the evidence presented in the state’s case-in-chief met the “preponderance of the evidence” standard, but not “beyond a reasonable doubt” standard.

There’s no standard formula though, for a closing argument, as the arguments will be very specific to the evidence in the case and the fireworks that occurred during the trial.

Order Of Closing Arguments In A Criminal Trial

Generally, absent special permission from the judge, the defense does not get a second chance to speak again in closing.

In other jurisdictions, the prosecutor is not allowed a rebuttal closing.

What Happens Between The Close Of Evidence And Closing Arguments?

The special word the attorneys speak to indicate that they are done presenting evidence is “rest.”

As in, “the defense rests.”

Once both sides have “rested,” the jury is removed from the courtroom.

It is then that the attorneys and the judge address motions that may be appropriate at the conclusion of evidence (such as a motion for directed verdict or to amend the pleadings to conform to the evidence).

The parties then discuss and confirm which specific jury instructions will be delivered to the jury.

It is important for everyone to understand which instructions will be delivered, as it is common for the attorneys to refer specifically to the instructions in their closing arguments, even though the jury will not be officially “instructed” until the close of arguments.

Want to learn more about argument presented by the government?

Check out the Closing Argument in the 1997 prosecution of Timothy McVeigh, accused of the Oklahoma City Bombing.