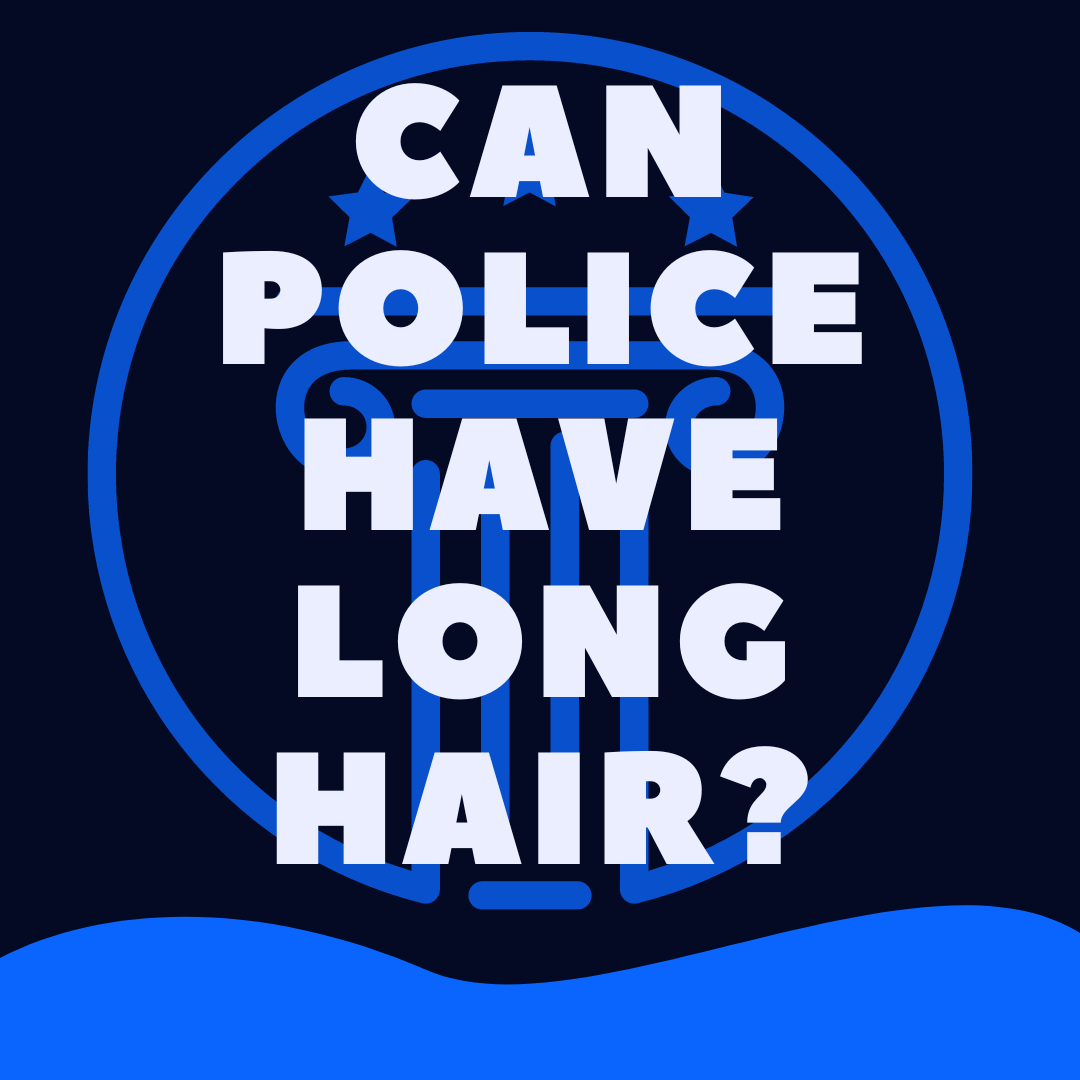 Throughout every continent, police officers have certain aspects of their grooming regulated, including hair length.

In the United States, in particular, police officers are usually not permitted to have long hair unless they are willing to style it in a certain way that protects them from having their hair grabbed during an altercation.

Can Police Officers Have Long Hair? (In the United States)

While every police department might have slightly different standards in their dress code, most police departments require that their officers have hair that is both conducive to performing their duties and staying professional.

Over the course of a shift, police officers have a wide range of situations for which they need to stay prepared.

While some days or nights might involve simple conversations with community members about crime concerns or traffic violations, others might be more intense.

Police officers need to be ready to don gas masks, apply force, and defend themselves against potentially dangerous and violent individuals. It’s a role that almost guarantees uncertainty and danger.

As a result, police officers don’t have the luxury of dressing like sales associates at popular mall stores or rock band leaders.

Just because long hair might be fashionable doesn’t mean police officers can wear their hair that way.

How can police officers wear long hair in the United States?

In the United States, police officers usually have to wear their hair so that it stays off of their collars and ears.

This can happen in one of two ways.

Either they maintain short cropped hairstyles that keep their hair up and away from these areas or they style longer hair into a tight bun that swoops their hair off the shoulders and ears.

In some departments or certain special roles, the rules may be more strict or less strict. It all depends on the local regulations, ordinances, and the individual supervisors of the department.

While some things are regulated nationwide for police officers, others are left up to the discretion of specific departments. In any case, if an officer wants to wear long hair, they should consult the code of conduct and supervisors first.

Rules against long hair in police forces are not surprising, given the trends of this industry.

Around the world, police officers have all sorts of rules and regulations about their conduct, professional qualifications, and appearance. There are two main reasons why law enforcement personnel need their grooming standards regulated.

Compared to short hair, long hair is easy to grab, pull, and catch on fire. For violent criminals, long hair would be an easy thing to hold onto if they wanted to put the officer in a vulnerable position.

What’s more, long hair requires time to properly put up. If an officer needs to run into a high-stakes situation, having long locks of hair falling on his or her face creates a lot of potential for harm.

The second reason why police officers can’t have long hair relates to professionalism.

Having long, stringy hair might be alright for punks on the street, but it’s not exactly a good look for an upstanding role model. In general, shorter hair or tight updos tend to read more professionally in most areas of the country.

Can female police officers in the United States have long hair?

In the U.S., rules for male police officers and female officers sometimes differ on grooming standards.

Since it’s socially acceptable and common for women to have longer hair than men, police departments take this into consideration when creating standards for appearance.

Many female police officers’ dress codes recommend pulling the hair back off the shoulders.

In addition to pulling hair up and back, many women who are police officers must also pin their hair down against their heads in a bun or similar formation.

Styles that are pulled back that still hang down are prohibited.

For example, ponytails are often not allowed for female police officers in the United States.

Ponytails, like untamed long hair, offer an opportunity for bad actors to grab and pull an officer by the hair.

To avoid situations like this, hair must be pulled into a bun or another tight style close to the scalp.

In addition to keeping sharp wits on the job, female police officers must maintain a sharp appearance.

While you can’t judge a book by its cover, as the old saying goes, we first judge people by the way they look. It’s a natural human instinct.

If a police officer, whether male or female, looked disheveled with long hair that grew matted after chasing down delinquents all day, they wouldn’t be taken as seriously.

It might not be right, but it’s a fact of life. Looks don’t always matter, but a little professionalism goes a long way for police officers.

A ponytail style is also considered unprofessional. These rules are effective because they have more to do with the safety of female police officers.

Can male police officers in the United States have long hair?

In the United States, most police departments forbid men from having long hair. They also typically regulate facial hair. For male police officers, they may only be allowed to have mustaches that reach certain sides of their faces.

In many cases, they are not allowed to have beards because these can interfere with the seal of gas masks and create a hazard that could be pulled by violent individuals.

On certain occasions, such as fundraising events, male police officers may be permitted to grow their beards in support of the cause.

Police officers in the United States are usually not permitted to have long hair.

In cases where long hair is allowed for police officers in the U.S., certain regulations are typically in place.