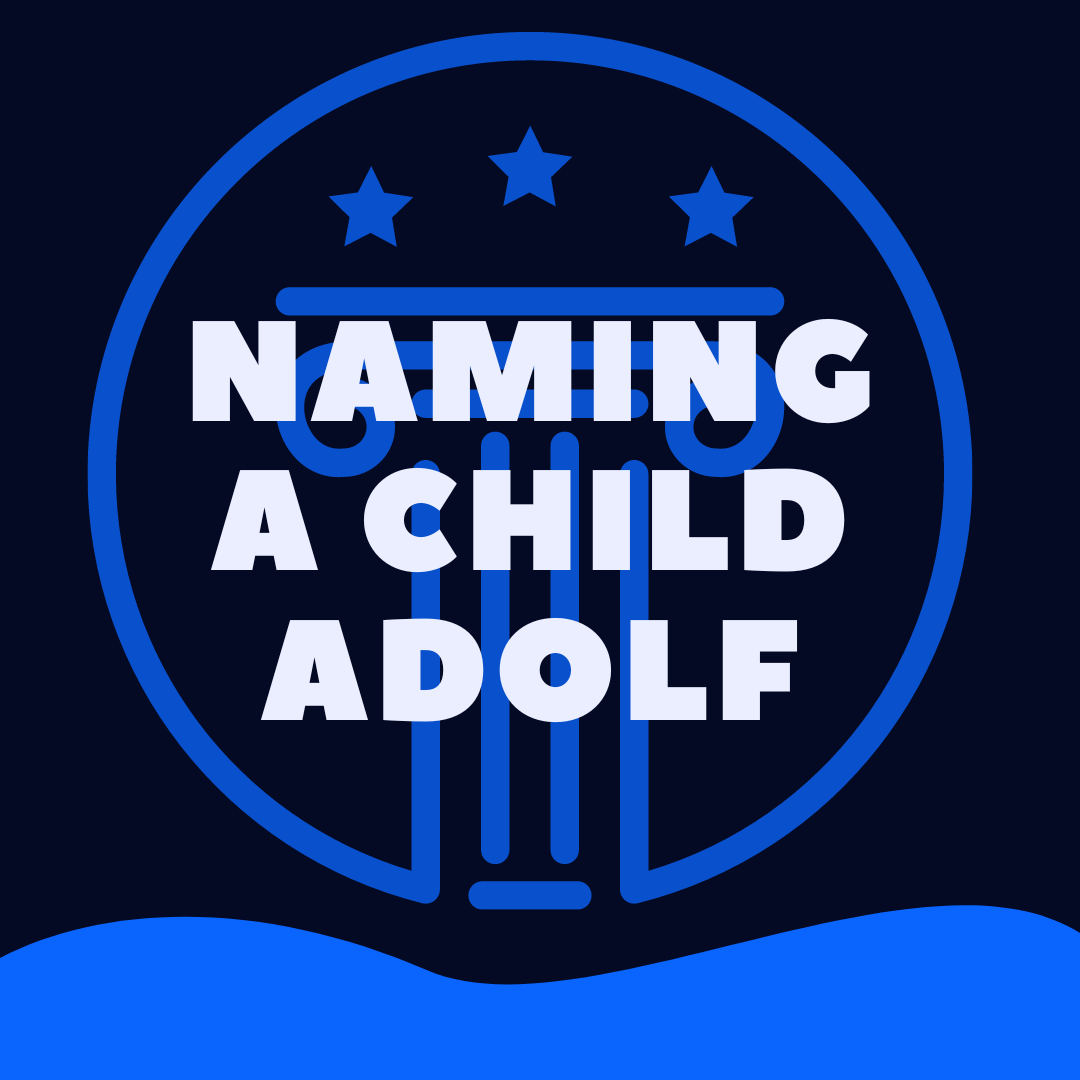 Yes, it is legal to name a child Adolf in the United States, though it might not be the best idea to do so.

Is It Illegal To Name Your Child Adolf? (United States)

Before World War II, the name Adolf was fairly popular throughout Europe, and appeared in several other countries as well.

However, after the world experienced global conflict ignited by the Nazi leader of Germany, the name was subjected to a ban in many of the countries of the world.

It does pop up now and then among neo-Nazi groups, in deference to the original Nazi leader, and these individuals tend not to be overly concerned about the legality of using the name.

In most countries, it is now illegal to name your child Adolf Hitler (but Adolf is okay), but in the United States, there is some question about whether or not it’s legal to do so.

Naming Laws in the United States

As a country, there are very few restrictions for what parents can name their children in the United States.

The naming of a child is a right probably protected by both the First and Fourteenth Amendments to the United States Constitution, and any state laws restricting naming are subject to very strict constitutional scrutiny.

The reason we say probably is that there are very few cases about naming that have gone up high enough in the courts to establish a firm rule of constitutional doctrine on the topic.

If legal restrictions exist at the state level, the restrictions often have to do more with maintaining records and recordkeeping than anything else.

Since the management of naming is left mostly to the states (rather than governed by the national government), this can produce inconsistent experiences.

For example, a child can be named Lucía in Oregon, but not in California, where she can only be named Lucia (without the diacritical mark). .

Families that move from state to state and need to get new documents such as a driver’s license can also struggle as the state is unable to log their legal name as it was originally given to them.

Multiple websites across the web claim that there are a handful of names that are banned or illegal across the United States, such as King, Queen, Messiah, Majesty, Santa Claus, @, III, or Jesus Christ.

This information is not entirely correct.

With the exception of the @ symbol, these names are allowed and you’ll find children bearing these names running around all over the place.

Some states only govern the last name/surname, requiring that some form of the biological father’s last name be used if the father is known (Louisiana, for example).

In fact, some states do not even have any laws requiring that the child be given a legal name at birth. (Connecticut).

Some states do not have any explicit restrictions for the naming of children at all.

Each state has it’s own rules about naming, but none that we could find had an actual statute on the books which prohibited the use of the name ‘Adolf.’

For example, in new Jersey, in 2005 a couple named their child Adolf Hitler Campbell, but the state did not object or stop them from doing so, because the state’s naming laws only prohibit symbols, numerals, and obscenities.

Here’s the actual text of the New Jersey Code, which states:

Cases involving the government stepping in to control the naming of the child are rare, and the courts have to take special care not to exceed their authority in such matters.

However, just because parents can name their child Adolf in the United States, doesn’t mean that they should do so.

Naming a child Adolf in the United States could be setting a child up to struggle because of the history associated with the name.

Will it ever be ok to name your child Adolf?

This is an interesting question, and it’s one that’s raised in a new movie that came out called ‘Der Vorname’, which means ‘the first name’.

The premise of the film was that a couple was hosting a party at their home, and in the midst of the festivities, they announced to the crowd that they intended to name their child Adolf.

This of course, opened up some pretty fierce dialog among the guests, with all the old hatreds surfacing once again.

The interesting thing is that it’s perfectly legal to name your child Adolf in modern Germany, and there are actually at least 46,000 people living in the country who already bear that name.

Admittedly, the majority of these people were named prior to the outbreak of World War II, and simply bear the name as one bestowed by honored parents. However, it is not legal to name your child Adolf Hitler.

Some people who bear the name prefer not to use it professionally, since it conjures up images of the Holocaust and of wartime.

Consequences of naming a child Adolf

It’s not too much of an exaggeration to say that even though a parent might legally be able to name your child Adolf or Hitler, it would have unintended consequences if they did so.

It’s more than likely that the child will be subjected to some bullying or harassment, because all school children of today are aware of World History, and know the devastation brought about by the German dictator.

However, as time goes on and World War II falls further and further back in the history review view mirror, less will be connected to the name Adolf and children will struggle less with that name.